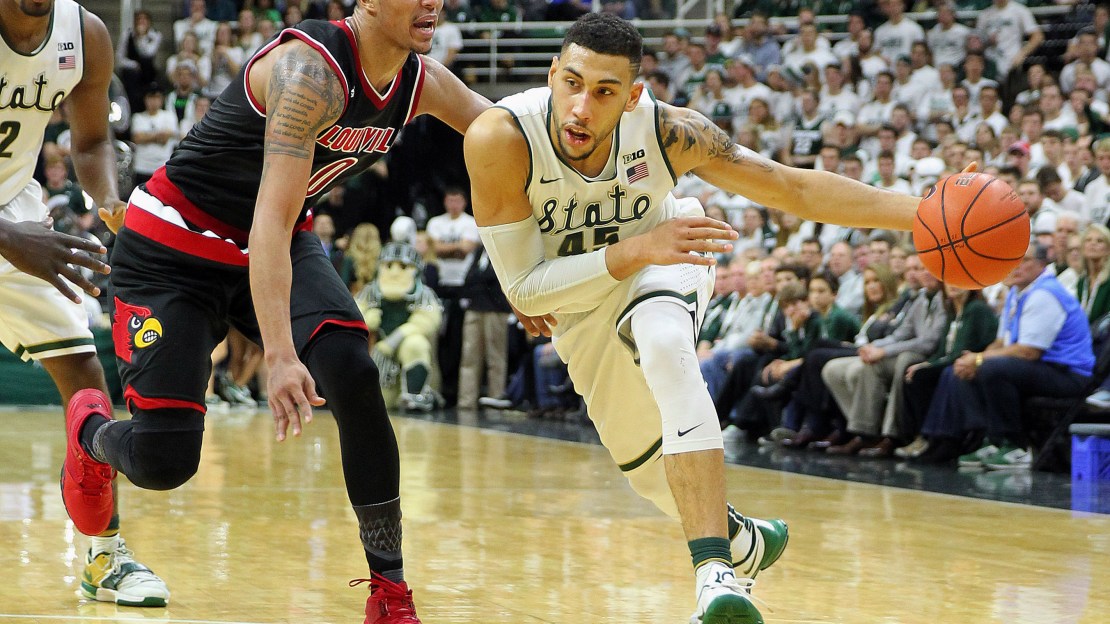 [btn-post-package]With Big Ten conference play tipping off Tuesday night, it's time to take a look back at the best from an entertaining and successful non-conference season.

There were several highlights along the way to today, none bigger than Michigan State cruising to a program-best 13-0 start on its way to sitting atop the national polls. Also of note: The Big Ten registered victories over Kansas (Michigan State) and Kentucky (Ohio State), and it won the Big Ten/ACC Challenge, 8-6, running its unbeaten streak in the annual series to seven seasons.

Get BTN analysts Jon Crispin and Jess Settles' best of the non-conference season below.

BEST TEAM
JC: Maryland. This team continues to make improvements and has the depth, size and guard play to win a national championship.
JS: Michigan State. In tough battles with Kansas, Providence, Florida and Louisville, No. 1 Michigan State has passed every test.

BEST COACHING JOB
JC: Tom Izzo, Michigan State. Not for what he has done solely with this team but what he has done to develop a program that continues to excel year after year, even when they are counted out.
JS: Matt Painter, Purdue. Purdue's best player, A.J. Hammons, is dominating off of the bench. Johnny Hill and P.J. Thompson are filling in admirably at point guard, and Purdue has four players averaging in double figures.

BEST NEWCOMER
JC: Robert Carter Jr., Maryland. With so many talented newcomers in the Big Ten, it?s hard to pick one. But the Georgia Tech transfer has had a huge impact on (arguably) one of the best teams in the country.
JS: Caleb Swanigan, Purdue. On a team full of giants, Biggie Swanigan is leading the Big Ten in rebounding (9.2). He has soft touch, is a quality passer (2.5 apg) and has hit 12 3-pointers!

BIGGEST WIN
JC: Michigan State over Kansas. This game showcased Denzel Valentine?s skills (triple-double) and the potential for the Spartans this season.
JS: Ohio State over Kentucky. As big as Michigan State's victory over Kansas was, the Buckeyes improbable upset of then-No. 4 Kentucky was significant for the Big Ten; it will carry serious weight on Selection Sunday.

SURPRISE PLAYER
JC: Rasheed Sulaimon, Maryland. I did not expect Sulaimon to contribute and lead the way he has this season for the Terps. What may have been a chance taken by Mark Turgeon to bring him in has certainly paid off.
JS: Duncan Robinson, Michigan. A D3 transfer can't be leading the Big Ten in 3s made (47), as well as 3-point percentage (59.5 percent), can he?

SURPRISE TEAM
JC: Michigan State. I never imagined Michigan State would be No. 1 in the country heading into Big Ten play. I knew the Spartans were good and would be a contender, but not No. 1 in the nation.
JS: Purdue. The one-loss Boilers have out-rebounded every opponent and are the top field goal percentage defense in America. Even more: Purdue has won every game by double figures.

BIGGEST DEVELOPMENT
JC: Bo Ryan retiring. Regardless of whether we knew it was coming or not, this is a huge change in not only Big Ten but in all of college basketball. The job opening will put Wisconsin on the national radar regardless of how well they play this season.
JS: Michigan State's perfect start. Every year, Tom Izzo schedules a brutal non-conference slate to prepare his team for March. Even he didn't expect a No. 1 national ranking or perfection, as his team is off to the best start in program history.

BIG TEN CHAMPION
JC: Michigan State. Regardless of the fact that I think Maryland is the best team and has the best chance of a Big Ten team winning a national championship in Houston, I think Tom Izzo and the Spartans find a way to win the Big Ten this season.
JS: Michigan State. If Denzel Valentine doesn't return on schedule, all bets are off. Still, Michigan State has the talent, the coaching and the schedule to claim the conference crown.