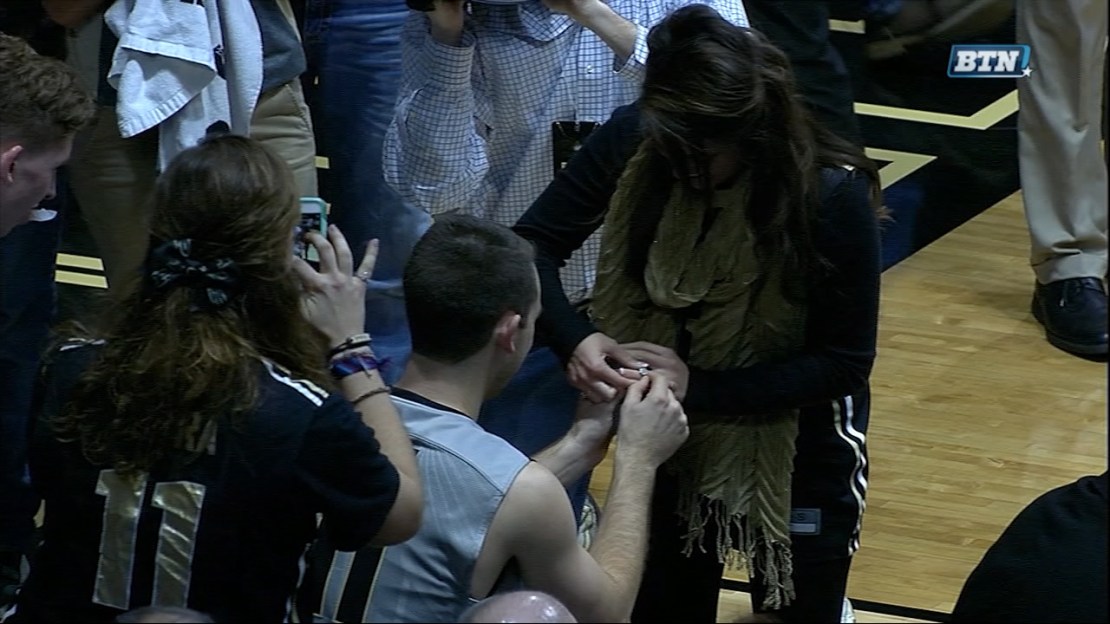 This is one of the most incredible moments you will see at a college basketball game, and it didn't even happen until after the game was finished.

Following Purdue's 68-55 victory over Vanderbilt on Tuesday night, walk-on Stephen Toyra got on one knee and proposed to his girlfriend in front of his teammates and Boilermaker fans.

Check it out in the videos – we have multiple angles!

The best news of all — she said yes!

She said YES! Watch this great moment as @Boilerball's Stephen Toyra proposes to his girlfriend following a win. https://t.co/NTE32T1mDB