Dienhart: Here's a look back at Northwestern's 2015 season 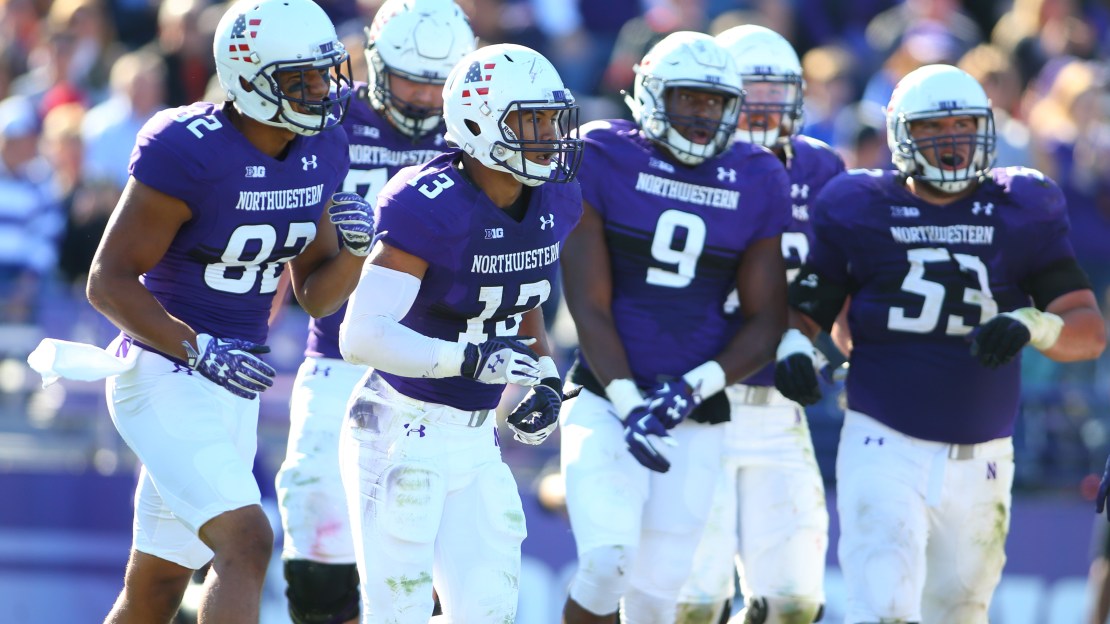 When 2015 dawned, questions loomed over Northwestern. The Wildcats went 10-3 in 2012, winning their first bowl since the 1948 season. But consecutive 5-7 seasons followed. Could Pat Fitzgerald get a program seemingly rocked by a highly-publicized effort to unionize back on track? On the field, had Northwestern gone soft? All is well now in the wake of a 10-win season and a New Year?s Day bowl trip as one of the most surprising teams not just in the Big Ten-but in the nation.

The Wildcats did it with a rugged ground game spearheaded by Justin Jackson that ranked No. 4 in the league (193.3 ypg) and a salty defense that was No. 3 in scoring (16.3 ppg) that may be the most talented and athletic in school annals. It wasn?t always pretty or impressive on Saturdays behind redshirt freshman QB Clayton Thorson and an offense that placed last in the Big Ten overall (332.6 ypg), in scoring (20.7 ppg) and in passing (139.3 ypg). But Northwestern typically found a way to win, bookending five-game winning streaks around a two-game slump in October.

High point: A season-opening 16-6 win vs. No. 21 Stanford turned out to be spectacular, as the Cardinal went on to win the Pac-12 and earn a Rose Bowl bid. But a 13-7 escape vs. No. 25 Wisconsin in Madison on Nov. 21 takes the cake. NU benefited from some debatable officiating calls that overturned three Badger TDs-including two in the final minutes. But credit Northwestern, which generated five turnovers and five sacks and turned back Wisconsin as it stood on the door step of the end zone in the waning moments. The Wildcat offense did just enough, getting fueled by Justin Jackson?s 35 carries for 139 yards rushing. Northwestern snapped a four-game road losing streak to Wisconsin with its first win in Madison since a 47-44 victory in double overtime in 2000.

Low point: Northwestern was one of the hottest stories in America after a 5-0 start rocketed the program to No. 13 in the polls. But, doubt was cast on the Wildcats after they suffered a 38-0 demolition at No. 18 Michigan. And that was followed by a 40-10 loss at home to No. 17 Iowa. How good was NU? Was the 5-0 start a mirage? Were the wheels falling off a team that was coming off consecutive 5-7 seasons? But Northwestern rebounded adroitly, winning its last five games to earn a spot in a New Year?s Day bowl.

Offensive MVP: RB Justin Jackson. Two years, two 1,000-yard seasons for the sophomore. In 2015, Jackson carried a Big Ten-high 298 yards for 1,344 yards. He often was the only consistent threat for a NU offense that lacked consistency and explosiveness in finishing last in the Big Ten in scoring (20.7 ppg).

Defensive MVP: LB Anthony Walker. A consensus first-team All-Big Ten selection, Walker is a good athlete with a nose for the ball who can make plays from sideline to sideline. The sophomore finished fourth in the Big Ten in tackles with 9.4 per game and tied for the league lead in TFLs with 19.5.