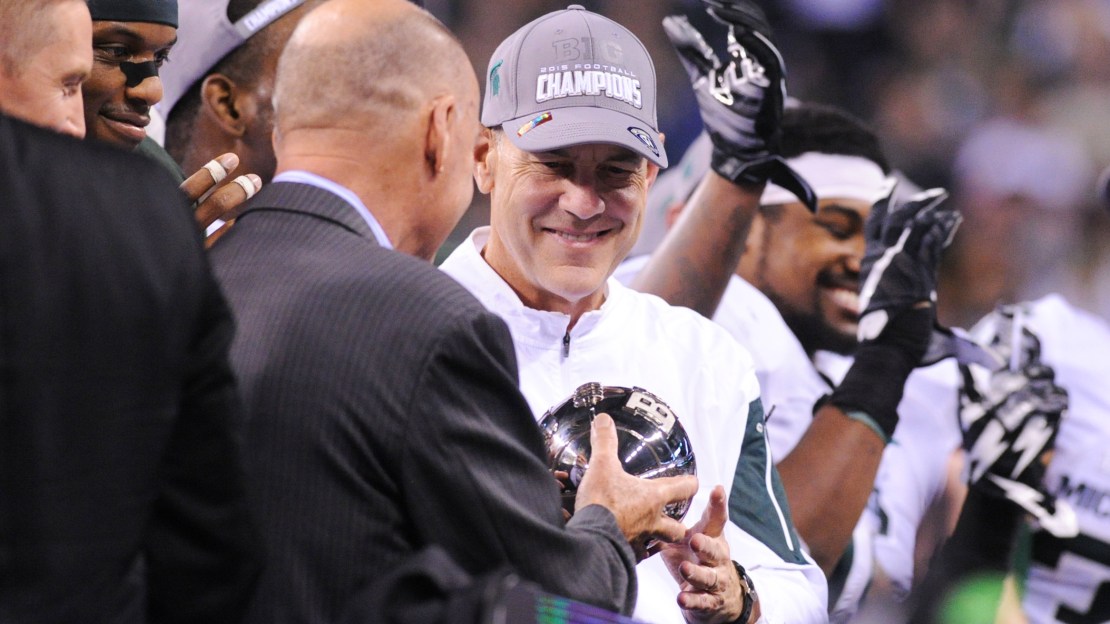 This is an interesting playoff matchup pitting former Michigan State coach Nick Saban vs. Mark Dantonio, a one-time Saban aide in East Lansing. When these teams line up, it will be like looking in a mirror. Both have tough, physical offenses built on punching defenses in the nose with the running game. And the defenses for each team are anchored by two of the best lines in the nation.

Player on the spot: NT Malik McDowell. It will be imperative for the Spartan defensive line to get a push and not let star Bama RB Derrick Henry run wild. The guy is a workhorse who won the Heisman Trophy after leading the nation with 1,986 yards rushing. If he is able to run wild and break off some long-gainers, the Tide offense will be very difficult to stop. More importantly, MSU will have a difficult time winning the Cotton Bowl and advancing to the national title game.

Best individual matchup: How about Bama LB Reggie Ragland vs. Michigan State RB LJ Scott? Yep. This will be a big key clash. Ragland is one of the top linebackers in the nation. He and the Bama defense know that the Spartan ground game has been good but not great, ranking No. 8 in the Big Ten (160.7 ypg). Scott is a physical true freshman who came of age in the Big Ten title game, doing the bulk of the work on the spectacular 22-play, 82-yard game-winning drive. Michigan State has been dependent on the pass this season, so the Tide will try to take away the Spartan rushing game and make MSU even more reliant on QB Connor Cook and the pass. And, no quarterback is good if he consistently is in third-and-long. Not even Cook ? especially vs. this Tide front seven.

Best unit matchup: Alabama defensive line vs. Michigan State offensive line. Nick Saban has said this is the best d-line he has had since becoming Tide coach. And, that?s saying a lot, considering some of the talent he has had in Tuscaloosa since taking over in 2007. Alabama is No. 1 in the nation vs. the run (74.0 ypg), allowing just 2.38 ypc with only six rushing TDs. Michigan State?s offensive line has been banged up but should be good to go in the Cotton Bowl. It may be the top front in the Big Ten, anchored by future first-round pick in tackle Jack Conklin and tough guy center Jack Allen.

Key number: 26. Touchdown passes for Michigan State QB Connor Cook. That was the most in the Big Ten. Cook is one of the top signal-callers in the nation, a likely first-round selection in the 2016 draft. With Alabama likely geared to stop the run in hopes of making the Spartans one-dimensional, Cook needs to tap into his vast big-game savvy and hit some long passes to Aaron Burbridge to loosen the Tide defense and get it off balance. The Bama secondary is the most vulnerable aspect of the Tide defense. And if this game comes down to quarterback play, MSU has a big edge in Cook over the Crimson Tide?s Jake Coker.