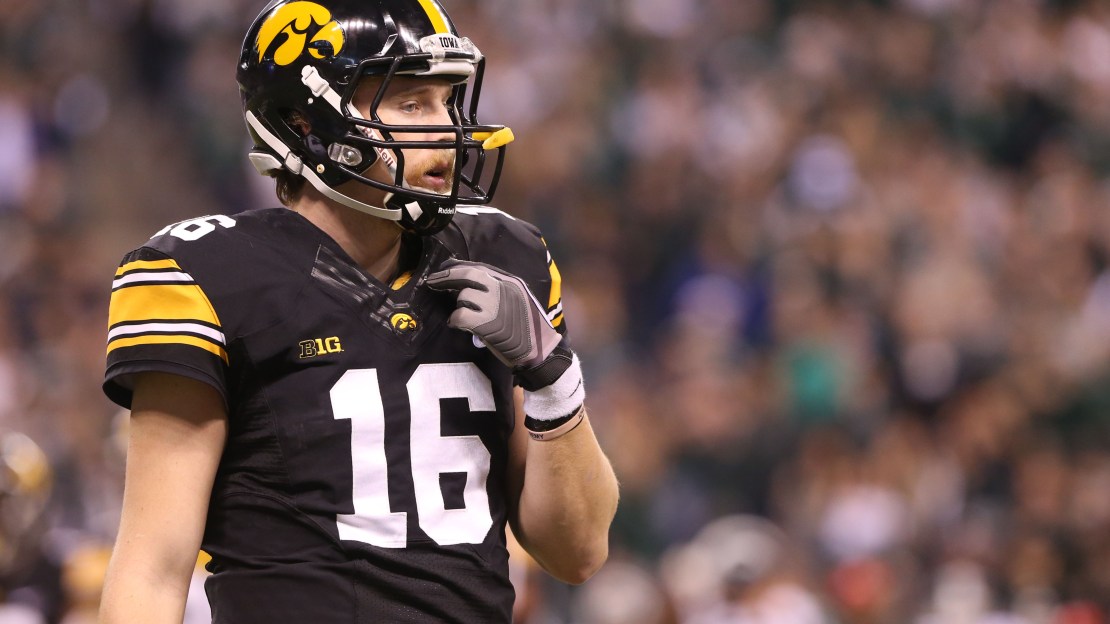 It's that time of the week when I reach into my Big Ten Mailbag. And with basketball season heating up, hoops emails have started to hit my inbox. Can anyone catch Michigan State? Is Purdue OK? There are football questions, too.

You say that Iowa QB C.J. Beathard did not "wow." What? He did pretty darn well. He was second in completion percentage. And he played hurt most of the season. Are you still finding it hard to give accolades to Iowa player? –  Theotherbigone

I have talked up Iowa all season. Where have you been? Look, just because Beathard didn't wow with his numbers doesn't mean he didn't have a terrific season. The guy played within the system and stretched the field to open room for the rushing game. But his stats don't jump out. He was ninth in the Big Ten in passing yards (197.7 ypg). And his 15 TD passes didn't rank in the top half among league starters. Still, Beathard hit 61 percent of his passes with just four picks.

Do you think Ohio State's defense would be better prepared to stop Malik Zaire if he wasn't out with injury for Notre Dame in the Fiesta Bowl instead of replacement DeShone Kizer? – Gene Fazio

Zaire, Kizer ? it doesn't matter. This is a very good Buckeye defense that is equipped to deal with mobile quarterbacks or passing quarterbacks. Makes no difference. OSU is deep and athletic on defense. It fears no one.

Should Purdue be concerned about its loss to Butler over the weekend? – Matt

I don't think "concerned" is the right word. But, no doubt, monitor the Boilermakers. Purdue beat Pitt, Florida and New Mexico, all nice teams but none of the trio looks like a power this season. Nice teams, but hardly big-time programs this season. So, the first time the Boilers play a good, ranked team (on a neutral site, no less), they get whipped. The 16 turnovers hurt. So much is made of Purdue's big men. That's nice and all. But hoops is a guard's game. And, I still wonder about the point guard spot and overall athletic ability/skill level of the wing players. Bottom line: Big men are a luxury; good guards are a necessity. I'm still not sure how good this team's guards/wings are.

How do you think Michigan State is "10 miles ahead" of any Big Ten team, especially Maryland? To make that assumption this early in the season is flat out exaggerating. – Michael

Yes, it may be a bit of an exaggeration. But, it's difficult to argue with the Spartans' resume. MSU's 12-0 start matches its best in school history. And in building that, the Spartans have beaten Kansas, Louisville and Florida. No Big Ten team can match that. Who has Maryland beaten? UConn, which is 7-3, and Georgetown, which is 6-5. There is no comparison. We will find out how good both teams are when they meet at Michigan State on Jan. 23. It's just too bad that's the only meeting for the teams in 2016.

In handing out postseason honors, I think the media missed on Iowa wideout Matt VandeBerg. He was Mr. Reliable, making 61 catches for 639 yards and three TDs. He was a steady force and clutch on third downs. – Nick

Noted. Yes, VandBerg is good. But the Big Ten has many good wideouts who rate above him ? guys like Michigan State' Aaron Burbridge, Minnesota's KJ Maye, Rutgers' Leonte Carroo and Nebraska's Jordan Westerkamp, among others.

Northwestern hoops is off to a 11-1 start. But us Wildcats fans have had our hearts broken in the past. At what point can we really get excited? – Adam Williams

Wins vs. Virginia Tech and Missouri have been nice. And the only loss has been to North Carolina. There is a four-game run in January that will be the true litmus test. From Jan. 19-31, the Wildcats play at Maryland, at Indiana, vs. Michigan State and at Iowa. Can NU earn a split? if so, that will be very impressive.

Can Tom Crean lead Indiana to the top of the Big Ten this season? – Mike L.

There is a lot of talent in Bloomington, with players like Yogi Ferrell, James Blackmon, Troy Williams and Thomas Bryant, among others. The key will be how well this team commits to defense. The use of a zone on Saturday helped the Hoosiers rally past Note Dame. That commitment and tenacity on the defensive end must continue if the Hoosiers want to compete for a league title that looks to be Michigan State's to lose. IU can't score its way to the league crown.