'You like that' chants growing louder for white-hot Kirk Cousins 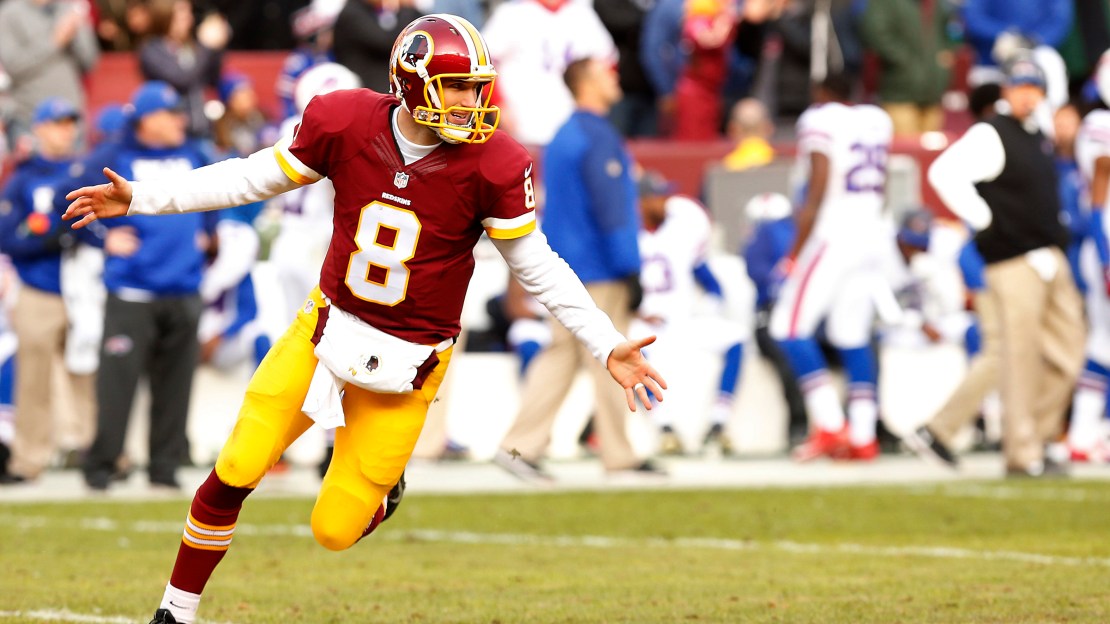 It's a great time to be a Michigan State fan.

The men's basketball team is No. 1 in the nation, the football team is the No. 3 seed in the second annual College Football Playoff, and Kirk Cousins and Draymond Green, two of the school's most accomplished recent standouts, are getting it done in the NFL and NBA, respectively.

Cousins completed 22 of 28 passes for 319 yards and four touchdowns, to go along with a highlight-reel scoring scamper, in a 35-25 victory vs. Buffalo on Sunday afternoon, the latest strong performance in his incredible transformation from a reserve and unpopular starter to the franchise's quarterback of the future.

What a difference a couple months make, right? In late October, Cousins was drawing waves of criticism, from Washington fans and reporters alike, before he orchestrated the Redskins to the best comeback win in franchise history vs. Tampa Bay on Oct. 25, resulting in the viral "You like that?!" soundbite.

Since the memorable effort, Cousins has been on a roll, and the three-word phrase has taken on a life of its own. Fans are chanting it at FedEx Field, and, according to the tweet above, they are yelling it to Cousins in public.

Watch a couple of Cousins' highlights from Sunday below.

Kirk Cousins gets all the fire emojis after finding Pierre Garçon for his FIFTH TD of the day. #BUFvsWAS https://t.co/QNxfVeigyw

Look at @KirkCousins8 scoot on this touchdown run! https://t.co/h9H8R2Hwvz (via @NFL)