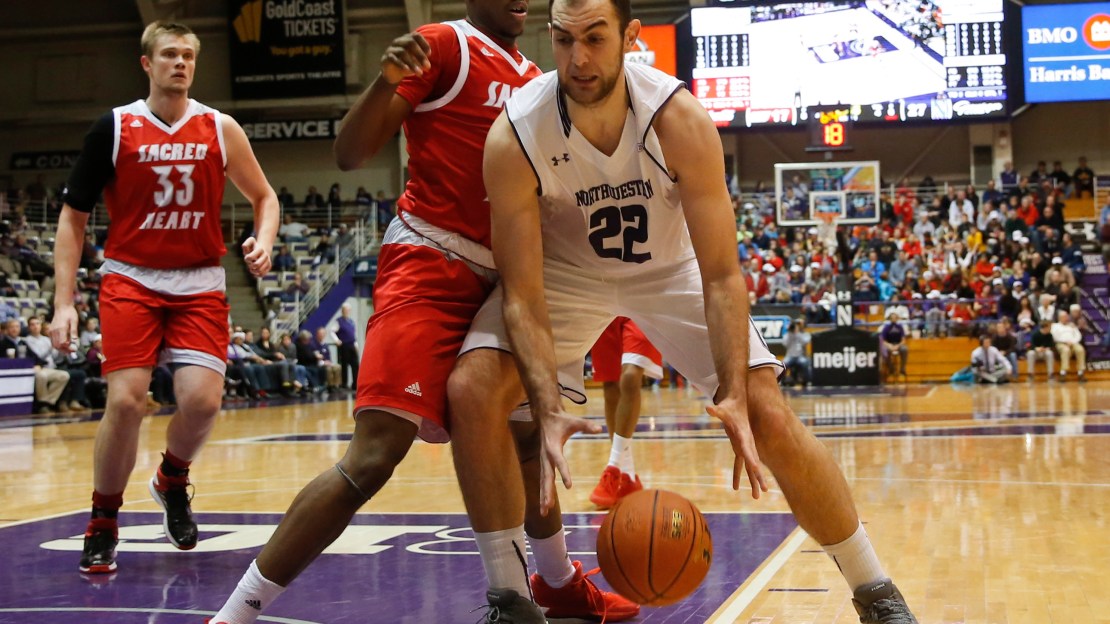 Scottie Lindsey and Nathan Taphorn each added 11 points as the Wildcats (11-1) set a season high for scoring by shooting 61 percent (36 for 59) from the floor.

Olah became the 33rd player in Northwestern history to record more than 1,000 points in his career. He entered with 996.

Northwestern suffered its lone loss to current-No. 7 North Carolina on Nov. 23. Coming off a 78-70 overtime win over crosstown rival DePaul on Saturday, the Wildcats took charge of this one late in the first half, then blew it open with a 23-5 run in the second.

Scottie Lindsey lobs it over to Gavin Skelly for the @NUMensBball dunk! https://t.co/llFsu0XlXq

Bryant McIntosh knocks down a deep 3-pointer and @NUMensBball heads to the half leading 48-32. https://t.co/MRvxcr4uXe