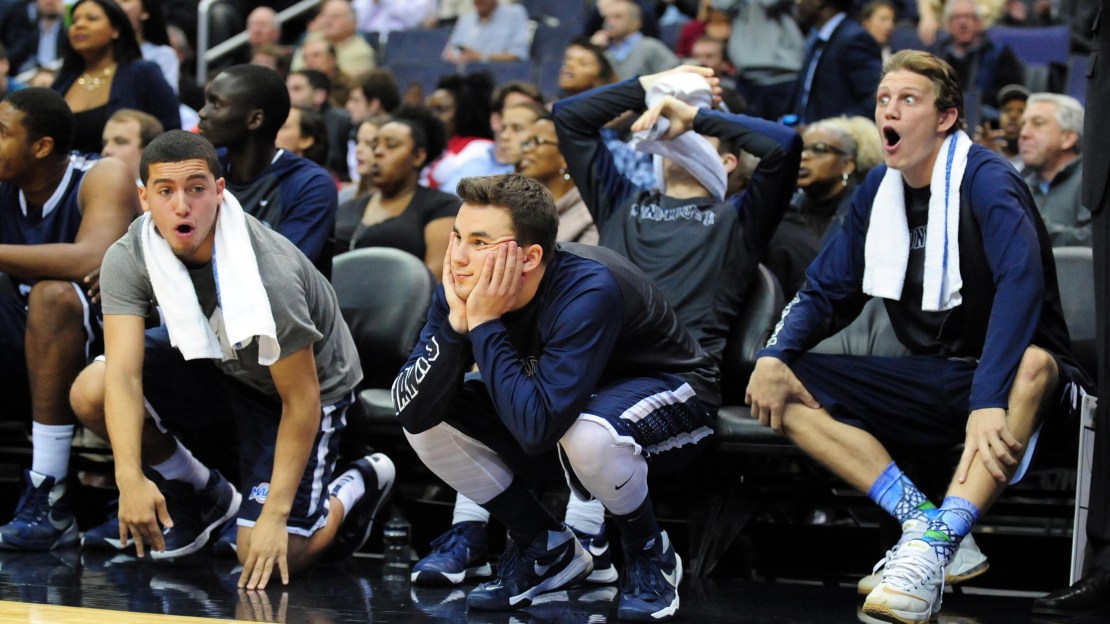 By now, most every college basketball fan has heard about the Monmouth bench and its popular choreographed celebrations.

After all, @MonmouthBench has been featured on all of the highlight shows this season, and it even visited The Today Show on Saturday.

Big Ten fans got a first-hand look at the "Bench Mob" during Sunday afternoon's win at Rutgers, and it didn't disappoint.

Among the fun were Star Wars- and baseball-themed celebrations. There even was a holiday-inspired celebration.

Watch our favorite celebrations in the video above and the tweets above.

As profiled by @usatodaysports & @forthewin earlier this week, @MonmouthBench did not disappoint today on BTN. https://t.co/5wNbK0pzIL

Baseball, anyone? That's what @MonmouthBench did after team's latest 3-pointer.