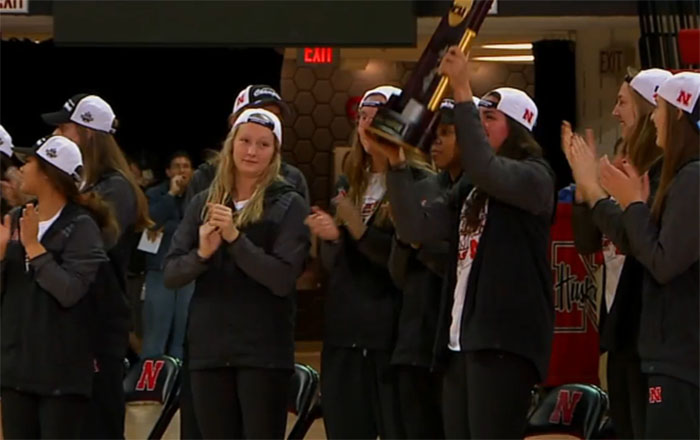 The national champions are back home.

Hours after Nebraska swept Texas (25-23, 25-23, 25-21) in the national final Saturday night in Omaha, Nebraska, it returned to Lincoln, NCAA championship trophy in hand, Sunday to a throng of adoring fans ready to celebrate.

The national title marked No. 4 in Nebraska history, and it extended the Big Ten's recent run of dominance, with the conference claiming seven of the last nine national titles. Penn State had won six of the previous eight NCAA crowns. The year before Penn State's streak started, Nebraska, then a member of the Big 12, won it all.

Here are a few more highlights from the championship celebration:

BRING THAT TROPHY BACK TO LINCOLN!