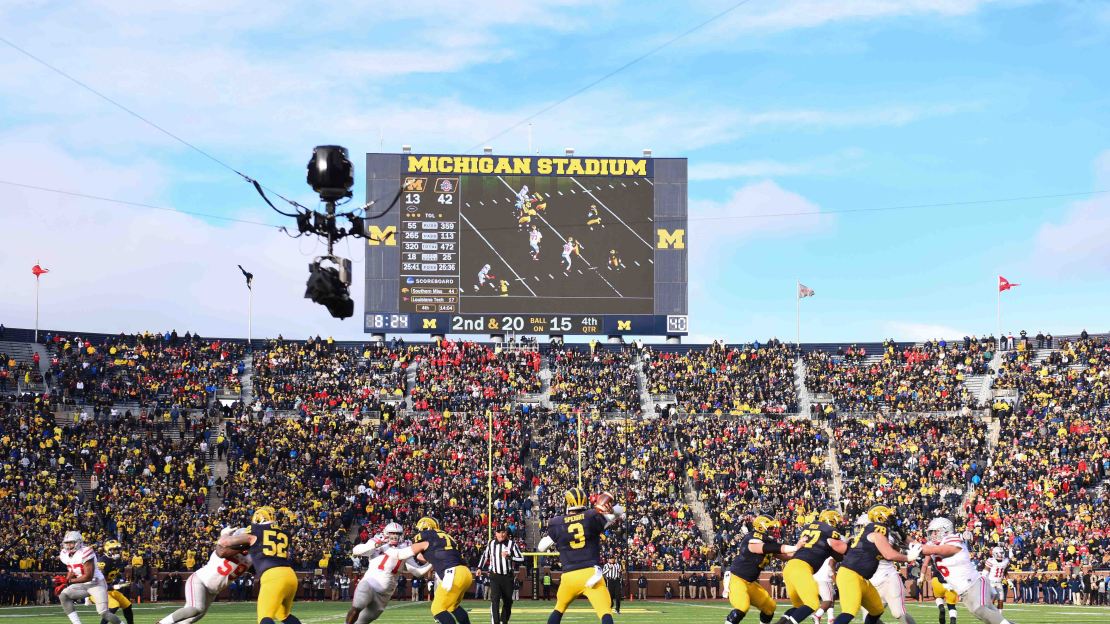 Two of college football?s top brands square off led by two of the nation?s most successful first-year coaches. Jim Harbaugh was a revelation at his alma mater, engineering a nine-win season for a program that missed the postseason last year. He had the Wolverines in contention for the East title deep into November. Jim McElwain arrived from Colorado State and has breathed life into a Florida program that stumbled badly under Will Muschamp.

Florida looked like a possible playoff team before QB Will Grier got suspended for testing positive for a banned substance in mid-October. And his loss has been significant, the Gators have tallied just 11 touchdowns and two field goals over a six-game stretch without him. Despite that loss, the Gators still won the SEC East, losing to Alabama in the league title game.

These schools have met twice in bowls-with the Michigan winning both.

Player on the spot: Let?s cheat a bit here and go with the interior of the Michigan offensive line. Points figure to be difficult to come by in the Wolverines? battle with Florida in the Citrus Bowl. Both squads have good defenses, especially the Gators. And both squads have iffy offenses, especially Florida. Can Michigan score enough to win? It will be incumbent on establishing a ground game vs. a UF defense that allows 120.6 yards to rank 17th in the nation. The Wolverines lack a difference maker at running back, and the line hasn?t gotten a steady push.

Best individual matchup: Michigan WR Jehu Chesson vs. UF CB Vernon Hargreaves III. It won?t get much better than this. Michigan has some good wideouts in Chesson and Amara Darboh. And tight end Jake Butt is pretty good, too. But Chesson is the big-play guy, tallying eight touchdowns the last five games and 11 on the season with a pair of rushing scores and a kickoff return. He has 45 catches for 646 yards. Hargreaves is a top cover man who must limit big plays. He is expected to turn pro after this game and figures to be a first-round pick. With Michigan likely not having much of a chance at establishing a running game, it will be vital for Rudock to make some plays with his arm. And that means he must hook up with Chesson.

Best unit matchup: Michigan d-line vs. Florida QB Treon Harris. It?s no secret-Harris struggles to pass the ball. The Wolverines no doubt will put a spy on Harris to limit his effectiveness as a runner. Still, Harris? speed could pose issues. The goal: Make Harris pass the ball for the Gators to win. Wolverine linebackers Joe Bolden and Desmond Morgan need to help the line make plays up field and to contain Harris. How ineffective has the UF offense been? In the last two games, the Gators scored one touchdown. And that occurred in garbage time vs. Alabama. One playmaker aside from Harris to watch for Florida is Antonio Callaway, a speedy freshman wideout who doubles as a deadly return man. He has run back two punts for scores this year. A TD on special teams could turn this game.

Key number: Minus-six. That is Michigan?s turnover margin. Only two Big Ten teams were worse. And both had losing records (Nebraska and Maryland). In what figures to be a close game, the Wolverines need to protect the ball and not give a struggling Florida offense any short fields-or easy touchdowns.