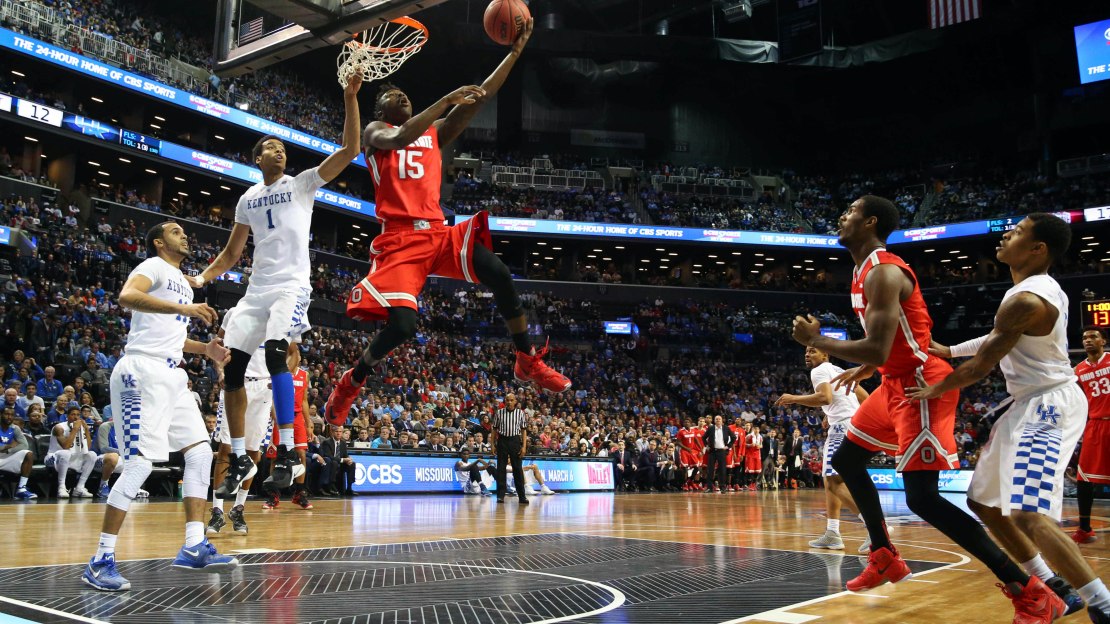 [ MORE: Relive all of Saturday's results on our Big Ten scoreboard ]

Indiana used a 17-2 run down the stretch to rally past Notre Dame, 80-73, in the first game of the Crossroad Classic, and previously struggling Ohio State stunned No. 4 Kentucky, 74-67, to highlight the day's action.

Catch up on all of the results below:

INDIANA 80, NOTRE DAME 73 BOX | PBP | AP RECAP
Troy Williams scored 18 points and pulled down 10 rebounds and made some clutch plays down the stretch Saturday as Indiana rallied for an 80-73 victory over Notre Dame in the Crossroads Classic.

ICYMI: How about this Michael Finke @IlliniMBB no-look dime?! https://t.co/tA2edZpFSR

OHIO STATE 74, KENTUCKY 67 BOX | PBP | AP RECAP
Keita Bates-Diop scored 14 points and Ohio State held off a furious second-half rally by No. 4 Kentucky for a 74-67 victory on Saturday in the CBS Sports Classic at Barclays Center.

MARYLAND 82, PRINCETON 61 BOX | PBP | AP RECAP
Jake Layman scored a season-high 19 points and Robert Carter fueled a second-half surge that enabled No. 6 Maryland to pull away to an 82-61 victory over Princeton on Saturday night.