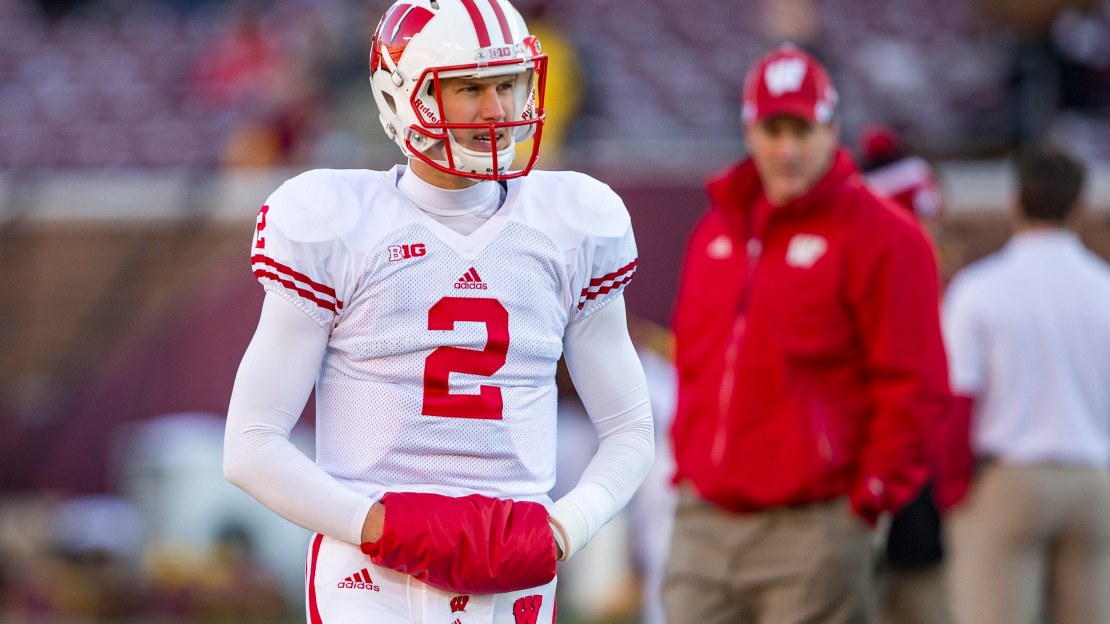 Back in August, neither school envisioned being here. But, that?s the cold, hard reality. The Holiday Bowl isn?t a bad place to be. It?s just not a playoff game or Selection Committee bowl.

Now, who really wants to be here and will play like it? That may be the biggest key to this game. The Badgers have had to deal with injuries but still excelled, with its losses all coming to current CFP Top 25 clubs. The Trojans are coming off a loss in the Pac-12 title game to Stanford as they are led by freshly minted head coach Clay Helton, who was given the full-time gig after serving as interim boss after Steve Sarkisian was let go during the season.

Player on the spot: Wisconsin QB Joel Stave. He has had an inconsistent senior season. To wit: Stave has just 10 touchdown passes and 11 interceptions. That?s a reason why the Badgers are in the Holiday Bowl and not a New Year?s Day Six tilt after most pundits had them tabbed to win the West. Stave needs to avoid turnovers vs. USC while hitting some passes down field to open room for a Badger ground game that has struggled without star Corey Clement's services almost all season. Know this: In the nine wins, Stave has tossed eight TDs and six interceptions. In three losses, he has just two touchdowns with five picks. USC has forced 14 interceptions, so it's vital Stave protect the ball.

Best individual matchup: Wisconsin corners Sojourn Shelton and Darius Hillary vs. USC wideout JuJu Smith-Schuster. Smith-Schuster has 85 receptions for 1,389 yards and 10 TDs, and this matchup will hold a big key to the game. If USC can strike down field, it will compromise the outstanding Wisconsin defense and make it vulnerable to the run. Speaking of the run, will Badger RB Cory Clement play? He is a game-changer, but injury has limited him to three games. He is practicing and presumably could play. If Clement goes, Trojan LB Su?a Cravens must step up; he has 14.5 TFLs. Not having Clement has hurt the Wisconsin ground game, as the Badgers are tied for 97th in the nation with 148.1 rushing yards per game.

Best unit matchup: USC offensive line vs. the Wisconsin defensive line. The Badgers have one of the nation?s top defenses, ranking No. 1 in America in scoring defense (13.0 ppg). The Trojans? pass-catch duo of QB Cody Kessler and WR JuJu Smith-Schuster is elite, a big reason why USC averages 35 points. USC needs to establish RBs Justin Davis and Ronald Jones II to open the pass game. That may be tough vs. a Wisconsin defense that yields only 97.9 yards rushing per game. For the game within the game, watch USC DT Antwaun Woods and Wisconsin OT Tyler Marz.