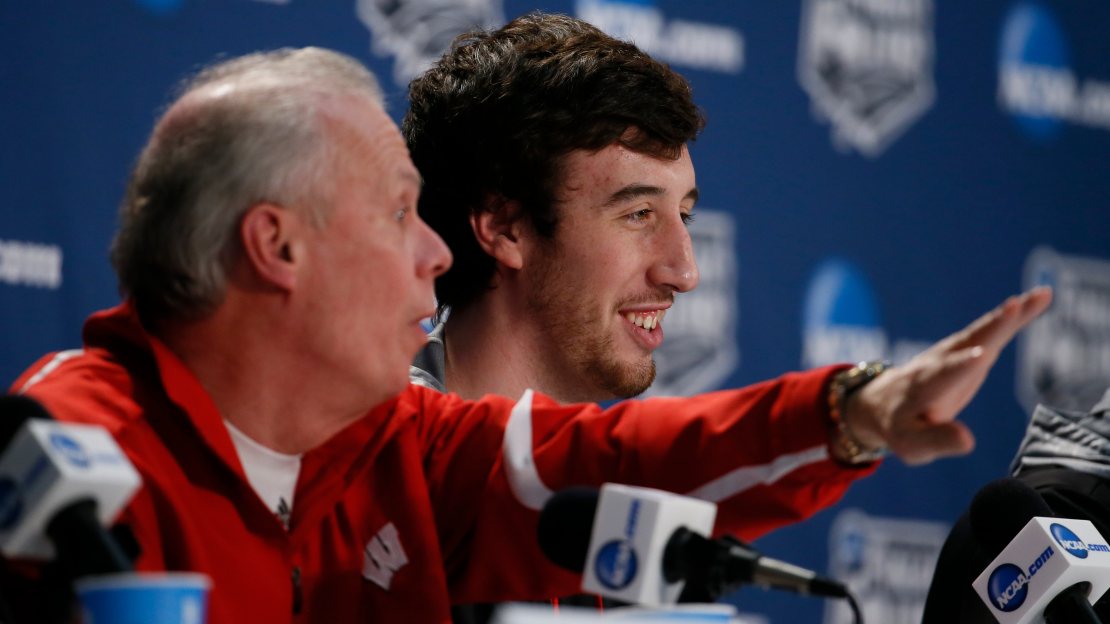 Frank Kaminsky is the best player of the highly successful Bo Ryan era.

[ MORE: Get our favorite Twitter reaction to Bo Ryan retiring ]

The consensus 2014-15 national player of the year candidate led Wisconsin to back-to-back Final Four appearances, including a trip to last season's national final vs. Duke.

It wasn't always easy for Kaminsky in Madison, though, and that goes for on the court and with his head coach. Kaminsky's Wisconsin career was typical of a Ryan big. He saw little court time in his first two seasons, all while drawing plenty of criticism, before developing into the game's best player.

Not only did Ryan oversee Kaminsky's transformation, but he was the one coach who took a chance on the lightly recruited Lisle, Illinois, native.

The former Badger, now a rookie with the Charlotte Hornets, penned a thank you letter to his old coach Wednesday.

Read the full letter in the link in the tweet above or click here to read it on thevictorylap.com.

The letter is fantastic. Especially the final paragraph, which you can read below:

"Without Bo taking a chance on that tall white kid from suburban Illinois, I wouldn?t have been given the opportunity to attend the best University in the country. I wouldn?t have met some of my best friends. I wouldn?t have gone to back-to-back Final Fours. The whole complexion of my life would be completely different. I can?t imagine taking an alternate path to get to where I am right now. If not for Coach Ryan, I don?t know where I would be, but I can assure you this: It would not be any better. He took in an immature kid that very few people wanted, and in nothing short of a modern miracle, turned him into a man ready to face the future. It is impossible to count the number of people who have a story to tell about Coach Ryan. I?m only capable of telling my own, but right now I?m sure I speak for everyone. Thank you, Bo."

It was an honor coach #ThanksBo