How successors to legendary Big Ten coaches have fared 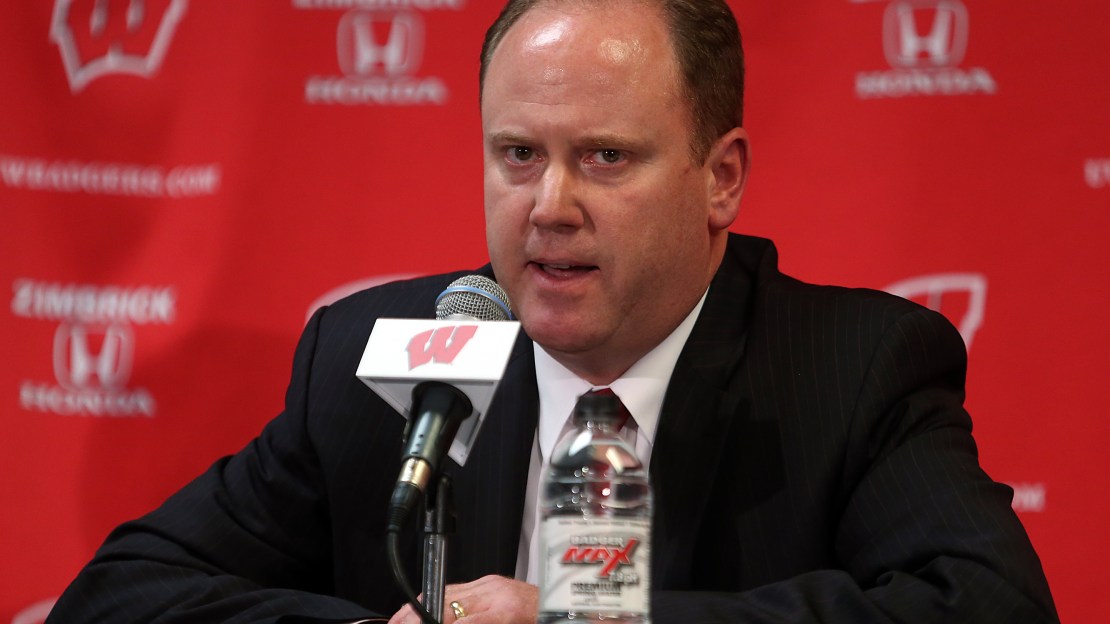 After flirting with retirement in the offseason, Wisconsin?s Bo Ryan made it official tonight: He?s retiring with long-time assistant Greg Gard taking over as interim head coach.

?After months of conversation with Barry Alvarez and his administrative staff, as well as my wife, Kelly, I have decided that now is the right time to step down from the head coaching position here at Wisconsin,? Ryan said in a statement.

?This was a decision months in the making. I brought this up to Barry back in April. He advised me to take some time to think it over and I appreciated that. But in recent weeks, I have come to the conclusion that now is the right time for me to retire and for Greg Gard to have the opportunity to coach the team for the remainder of the season. I discussed this with Barry and I appreciate him giving me the space to make this decision.?

There is no denying the impact Ryan has had at Wisconsin. Prior to Ryan's arrival in Madison, Wisconsin had never won more than 22 games in a season. Ryan's teams have averaged 25.5 wins in his 14 seasons entering 2015-16. The Badgers have won at least 20 games overall and 10 Big Ten contests in all but one of the last 13 seasons. And the last two seasons have been remarkable, as Ryan led the Badgers to the 2014 Final Four and the 2015 national championship game.

No doubt, whoever follows Ryan-maybe Gard will get the full-time gig if he can guide a 7-5 team to the Big Dance–will have big shoes to fill being the guy who follows THE GUY.

Let?s take a look at how eight successors to legendary Big Ten coaches who worked at least 12 years at their school since 1975 have fared. The good news for Wisconsin and Ryan?s successor: The transition often goes well.

Mike Davis for Bob Knight, Indiana. Knight won three national titles and 11 Big Ten championships from 1971-72 to 1999-2000 and became one of the sporting world?s looming personalities in 29 seasons, a larger-than-life icon. Stepping into that enormous shadow in 2000-01 was formidable for Davis, who was promoted from an assistant?s job at IU he held from 1997-2000. Davis went 115-79 in six seasons with four NCAA appearances and an NIT bid. He earned a share of the Big Ten title in 2001-02 en route to guiding the Hoosiers to the national championship game. Indiana has won one Big Ten crown since and hasn?t returned to the Final Four. Davis never was embraced in Bloomington and left for UAB in 2006.

Bill Frieder for Johnny Orr, Michigan. Orr went 209-113 in 12 seasons at Michigan from 1968-69 to 1979-80. He led the Wolverines to three NCAA bids, going to the Elite Eight twice and finishing as NCAA runner-up in 1975-76. Orr also had two NIT bids before leaving for a prosperous run at Iowa State. Frieder was promoted from Orr?s staff to assume command and did well in nine seasons, producing four NCAA bids and two NIT appearances before being canned prior to Michigan?s run to the national title in 1989 after he had planned to leave for Arizona State following the season.

Mark Turgeon for Gary Williams, Maryland. Williams, who left a big-time legacy in College Park over a 22-year run from 1989-90 to 2010-11, went 461-252 with 14 NCAA bids. Williams won three ACC regular-season titles and one tourney crown. He also reached two Final Fours and won the 2002 national championship. Turgeon was hired from Texas A&M and has thrived, going 87-50 with an NIT and NCAA bid in four seasons. His 2015-16 team is one of the best in the Big Ten.

Matt Painter for Gene Keady, Purdue. The current Boilermaker boss spent a year as head-coach-in-waiting under Keady in 2004-05 after coaching Southern Illinois in 2003-04. Since then, Painter-who played at Purdue under Keady from 1989-93–has gone 212-125 in 10 seasons with one Big Ten regular-season and tourney championship and seven NCAA bids. Keady won six Big Ten regular-season titles and had 17 NCAA appearances in 25 years. Painter has one of the nation?s top teams this season and is poised for his best season ever.

Steve Alford for Tom Davis, Iowa. ?Dr. Tom? forged a memorable career at Iowa over a 13-year run from 1986-87 to 1998-99. Davis went 269-140 with nine NCAA bids and two NIT appearances. Alford was a former Indiana great who arrived amid great expectations in Iowa City after a good four-year stint at Missouri State. He had some success, going 152-106 in eight seasons with three NCAA and three NIT bids. But the program became stale under Alford, who bolted for New Mexico and gave way to the disastrous Todd Lickliter.

Lon Kruger for Lou Henson, Illinois. Henson led the Fighting Illini from 1975-76 to 1995-96, going 423-224 with a Final Four appearance, one league title and 12 NCAA appearances in 21 seasons. Kruger arrived in Champaign off a successful run at Florida in 1990-91 to 1995-96 in which he took the Gators to the 1994 Final Four. Kruger?s stay at Illinois was just four seasons-but they were successful, as the Illini went 81-48 with a Big Ten title in 1998 and three NCAA bids. Kruger was off to coach the Atlanta Hawks, where he was fired in his third season.