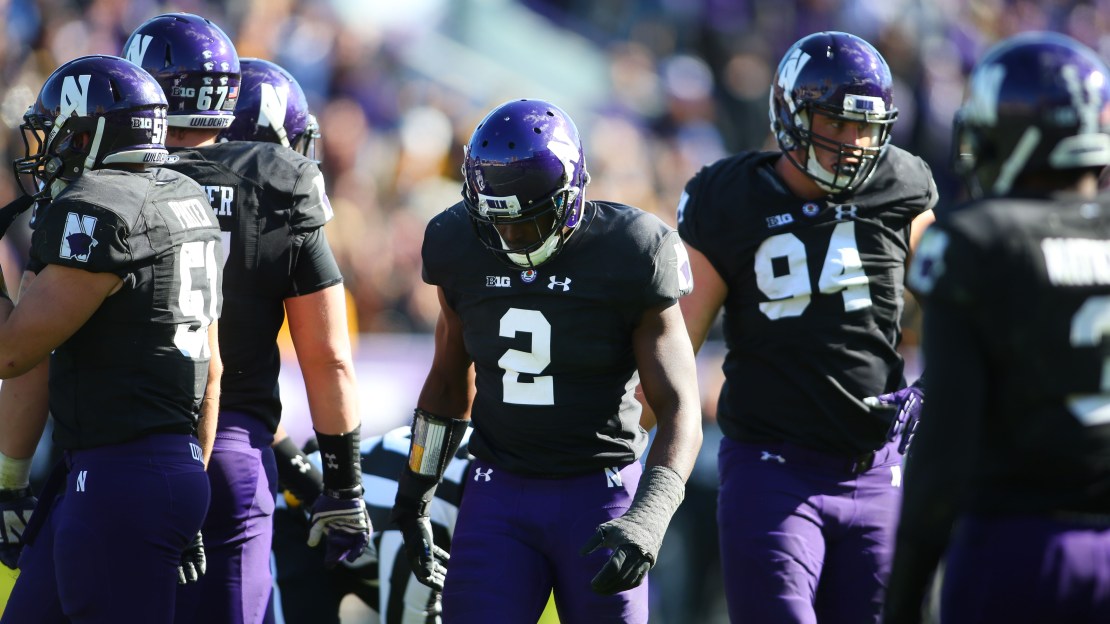 Several of the designs were of the new-school variety (Indiana helmets, Minnesota going all gray or Iowa, Nebraska and Ohio State going all-black), while others were nods to history (Northwestern's Rose Bowl throwback and Michigan's all-white road uniform).

2. Michigan's 1974-inspired all-white road uniform for all away games

And here's a look at several of the other new designs Big Ten teams donned in 2015 (Did I miss one? Tweet it my way or leave a note in the comment box at the bottom of the post):

Illinois debuted these three new uniform combinations in 2015. Have a favorite one? (Photos: @IlliniFootball) pic.twitter.com/VtCsdqsGjg

On Saturday, we will honor Tyler Sash by replacing one Tigerhawk with #9 | #ForeverHawkeye pic.twitter.com/qaYK2bmzny

#Hawkeyes in the building pic.twitter.com/opLQcXg9ze

In honor of members of the military and Veterans Day | #Hawkeyes pic.twitter.com/oVlsB021KC

We play for our brothers! And for YOU! #GoBlue pic.twitter.com/A2IZNuFUp9

Players are writing individual messages on their helmets for Chad Carr. This is Joe Kerridge?s. #GoBlue #ChadTough pic.twitter.com/DFkBlS5L7R

Michigan State will wear its traditional home helmet with the alternate uniforms for today's game vs. Maryland. pic.twitter.com/4JKAGyOB0s

Military decals going on the back of the helmet this week. @usairforce @USNavy @USArmy @USMC @uscoastguard pic.twitter.com/PgRpePScqP

New uniforms? You bet. Get an in depth look at today's threads. https://t.co/47KHeHhknh pic.twitter.com/jzDxHJsgHQ

One half done, lot of football left. Let?s get it.

You're gonna want to get your hands on this poster! Team to hand out 6:45pm @ Colonnade Way, HUB & College/Beaver Ave pic.twitter.com/5w6Bsen5Vu

Thank you to all of the veterans that have served and made it possible to do the things we love to do! #BoilerUp pic.twitter.com/w6kiJQELXz