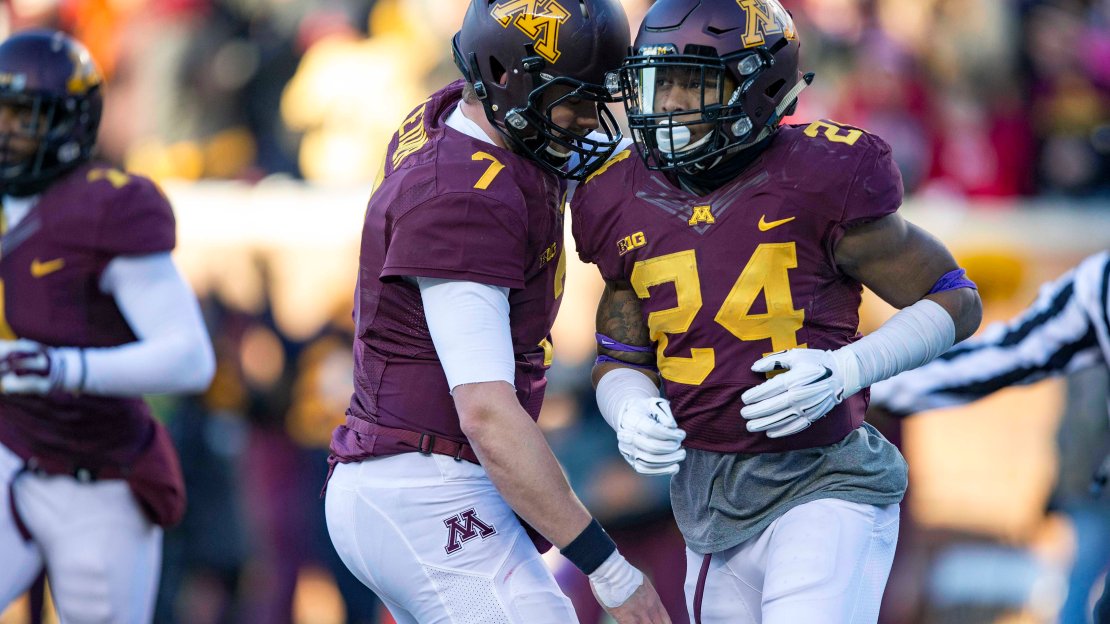 Minnesota is one of three teams in the nation that is in a bowl despite having a losing record. Regardless of your opinion about 5-7 teams bowling, it?s a chance for the Golden Gophers to finish the season on an up-note after they lost five of their last six games coming off consecutive 8-5 seasons that had fueled optimism.

Minnesota also is looking to end a seven-game bowl losing skid that is the longest in the nation. The season hasn?t gone as expected for the Gophers, who saw Jerry Kill step down to deal with his health and defensive coordinator Tracy Claeys land the full-time gig. He subsequently fired offensive coordinator/offensive line coach Matt Limegrover and quarterbacks coach Jim Zebrowski. No doubt, there is a new sheriff in Dinkytown.

Player on the spot: QB Mitch Leidner needs to hit some passes to open the running game for the Gophers. He endured an inconsistent season, hitting 57.8 percent of his passes with 13 touchdowns and 10 picks. This offense has struggled most of the season, ranking No. 13 in the Big Ten in scoring (22.6 ppg) and No. 12 overall (357.1 ypg). Leidner will face a CMU squad that fielded the MAC's best pass defense, allowing just 189 yards per game while holding foes to 22 points per game. Leidner will be helped if RB Shannon Brooks can get the rushing game going.

Best individual matchup: CMU has a good signal-caller in Cooper Rush, who is 10th in the nation in passing with 3,703 yards and 25 TD tosses. The Chips are battle-tested from a rigorous schedule, taking on Michigan State, Oklahoma State and Syracuse in the non-conference. And Central Michigan is hot, arriving in Detroit having won five of its last six games. It will be vital for Gopher DE Theiren Cockran to get pressure on Rush. He is a lithe pass rusher who is quick off the edge and excels at pressuring the passer. Rush can?t work unfettered if the Gophers hope to win.

Best unit matchup: The Minnesota secondary vs. the CMU wideouts. The Gophers have a star-studded secondary, but injuries took a toll. CB Eric Murray enjoyed a good season, as did Briean Boddy-Calhoun. Both are future pros. The Chips' 313 passing yards per game ranked behind only Bowling Green among MAC teams. Wideouts Jesse Kroll is Rush's favorite target, catching 59 passes for 856 yards and four touchdowns. Murray and Boddy-Calhoun need to contain him and limit the big plays in the Central Michigan passing attack.

Key number: 142.9, Minnesota?s rushing yards per game. That ranked 11th in the Big Ten. Last year during an 8-5 campaign, the Golden Gophers ranked sixth with an average of 215.5 yards rushing. Injuries and inconsistency along the offensive line played a role in the diminished rushing totals and slumbering offense.