Dienhart: My player on the spot in every Big Ten bowl game 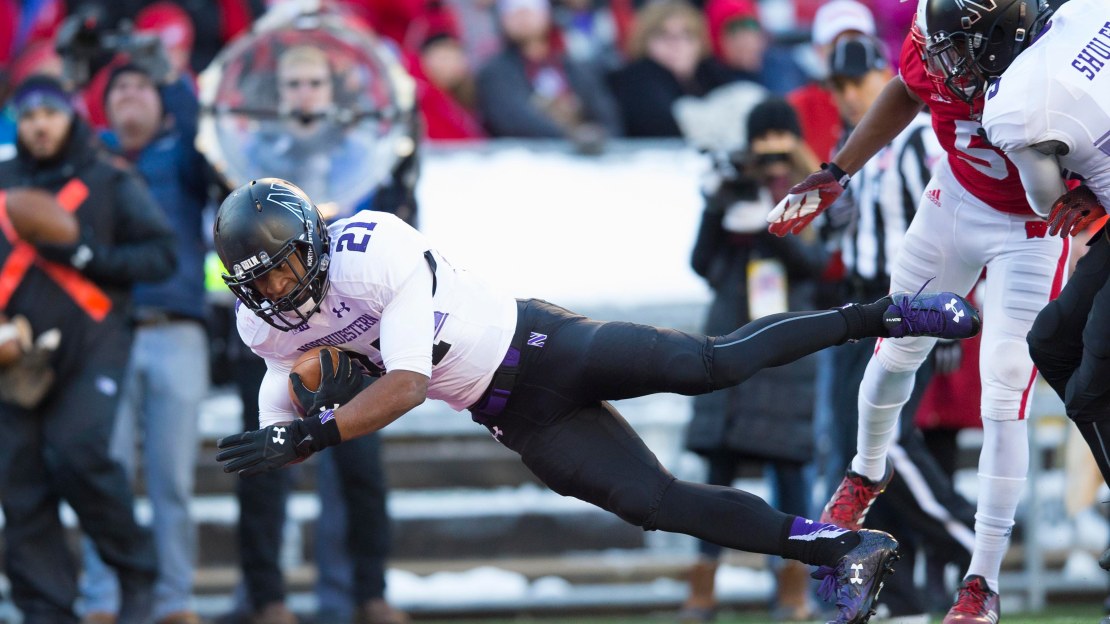 The Big Ten has 10 bowl teams, headlined by Michigan State?s trip to the playoffs to take on Alabama in the Cotton Bowl. And each team has one guy, one solitary figure who most likely needs to have a big game if his team wants to win.

Here are my picks for those players:

Indiana: QB Nate Sudfeld. The senior is No. 1 in the Big Ten in passing efficiency, hitting 60.7 percent of his attempts for 3,184 yards with a league-high 24 TD tosses and just five picks. He needs to deliver a big game vs. a vulnerable Duke defense in what could be a shootout in the Pinstripe Bowl. First team to 40 wins? Maybe.

Iowa: DE Nate Meier. The Hawkeye pass rush hasn?t been the same since Drew Ott went out with injury in Week 6 vs. Illinois. Without pressure on Stanford QB Kevin Hogan, the Cardinal offense could thrive in the Rose Bowl. Meier needs to get a push off the edge to get Hogan out of his comfort zone.

Michigan. The interior of the Michigan offensive line. Points figure to be difficult to come by in the Wolverines? battle with Florida in the Citrus Bowl. Both squads have good defenses, especially the Gators. And both squads have iffy offenses, especially Florida. Can Michigan score enough to win? It will be incumbent on establishing a ground game vs. a UF defense that allows 120.6 yards to rank 17th in the nation.

Michigan State: NT Malik McDowell. It will be imperative for the Spartan defensive line to get a push and not let star Bama RB Derrick Henry run wild. The guy is a workhorse who won the Heisman Trophy last weekend. If he is able to run wild and break off some long-gainers, the Tide offense will be very difficult to stop. And MSU will have a difficult time winning the Cotton Bowl and advancing to the national title game.

Minnesota: QB Mitch Leidner. He continues to tease, showing flashes of big things while alternately struggling for consistency. Leidner improved his completion percentage from 51.5 in 2014 to 57.8 this season and is a tough, dual-threat weapon with savvy and experience. But he must avoid the mistakes that at times have hurt him. Central Michigan?s offense can move the ball and score, so the Gophers may have to be clicking with their attack to win the Quick Lane Bowl.

Nebraska: DT Maliek Collins. The Cornhuskers figure to score some points vs. UCLA. The key to winning the Foster Farms Bowl will be if Nebraska can slow down the Bruins. To do so, that will mean getting rising star QB Josh Rosen out of his comfort zone. That is where Collins comes in. He?s a big, physical talent who is bound for the NFL.

Northwestern: RB Justin Jackson. As he goes in the Outback Bowl vs. Tennessee, so goes the Wildcat offense. This fall, he finished second in the Big Ten in rushing with 1,344 yards, rushing a Big Ten-high 298 times. And Jackson did all of this with little support from a passing attack that is last in the Big Ten (139.3 ypg).

Ohio State: RB Ezekiel Elliott. While the fuss about the quarterbacks drew national headlines, Elliott is the story about the Buckeye attack. If he isn?t rolling, this offense trudges. Go back and watch the loss to Michigan State. The junior arguably is the nation?s top back (sorry, Derrick Henry), and Elliott may be stoked to go out with a bang in what will be his final collegiate game in a fascinating clash with Notre Dame in the Fiesta Bowl.

Penn State: QB Christian Hackenberg. He has had an up-and-down last two seasons, working behind a spotty line that often has him running for his life. But if ?Hack? has time to work and throw passes to nice collection of wideouts led by Chris Godwin, this Nittany Lion offense can be effective with star freshman back Saquon Barkley finding room to work vs. Georgia in the TaxSlayer Bowl.

Wisconsin: QB Joel Stave. He has had an inconsistent senior season. To wit: Stave has just 10 touchdown passes and 11 interceptions. That?s a reason why the Badgers are in the Holiday Bowl and not a New Year?s Day Six tilt after most pundits had them tabbed to win the West. Stave needs to avoid turnovers vs. USC in the Holiday Bowl while hitting some passes down field to open room for a Badger ground game that has struggled.