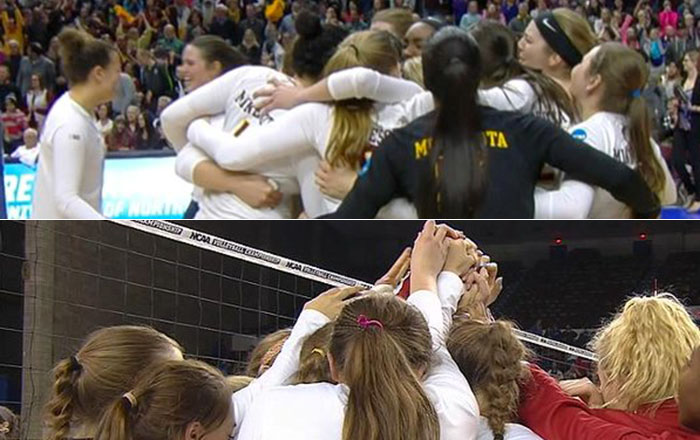 For the third time in the last four seasons, the Big Ten has two volleyball teams in the Final Four.

The former is making its first Final Four appearance since 2009; the latter last made it in 2008. The Gophers' Final Four berth is their fourth since 2003, the fifth most among all teams during that span.

No. 2 seed Minnesota will face No. 3 seed Texas at 7 p.m. ET, and No. 4 seed Nebraska will take on No. 9 seed Kansas at 9:30 p.m. ET in the national semifinals. The national final will be Saturday night.

The Gophers and Huskers will attempt to bring the Big Ten its seventh national title in the last nine seasons, as Penn State has claimed six of the last eight crowns.

Wake up and watch highlights from last night because we're going to the Final Four. https://t.co/v1b0dBitvk