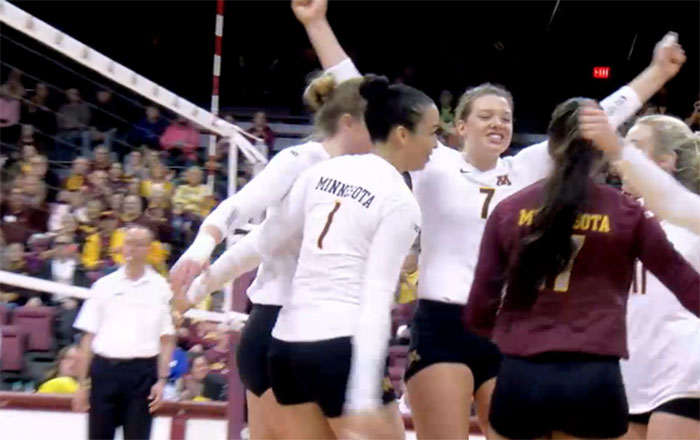 Minnesota's women's volleyball team is headed to the Final Four!

Minnesota improves to 30-3 on the season and will face Texas in the national semifinals Thursday night in Omaha, Nebraska.

Big Ten rival Nebraska joins Minnesota in the national semis, giving the Big Ten multiple teams in the Final Four for the third time in the last four years.

Also, take a look at some fast facts from this year?s Big Ten volleyball season.

Read the full recap of today's Elite 8 victory and see it by the numbers below. #DigDeep https://t.co/JTkQcfsLlQ pic.twitter.com/kK1pgl2rab