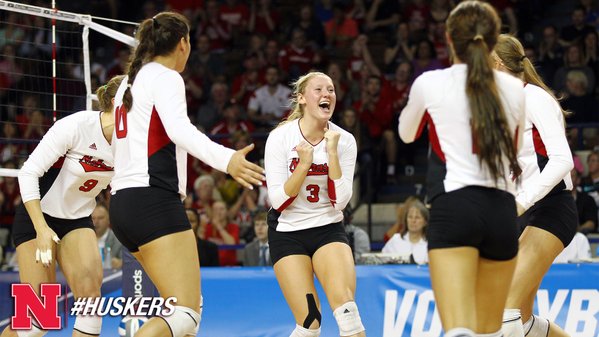 There will be an unofficial home team for the 2015 NCAA women's volleyball Final Four.

Nebraska topped Washington, 3-1, on Saturday afternoon to advance to next week's Final Four in Omaha, Nebraska.

The national semifinal berth is the Huskers' first since the 2008 season, and it marks the ninth consecutive season the Big Ten has had a Final Four representative. Minnesota took down Hawaii on Saturday night, too, to give the Big Ten multiple Final Four teams for the third time in the last four seasons.

Nebraska will face Kansas in the national semifinals Thursday night.

The #Huskers win AND go home.

Get your tickets while you can, #Huskers! pic.twitter.com/508KWAwbrp