MSU's Price on brother with cerebral palsy: 'His face was priceless' 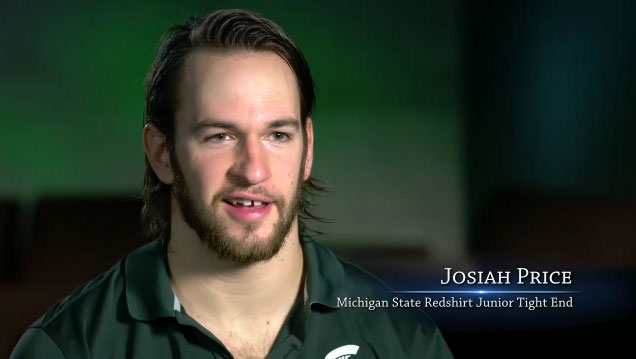 Michigan State tight end Josiah Price was featured on the season finale of "The Journey: 2015 Big Ten Football" and he talks about his younger brother Barak, who has cerebral palsy. "It just makes things a little bit harder for him," Josia Price says of his brother's cerebral palsy.

But Barak loves sports and is active in many of them. Despite his parents' initial hesitation, the boy signed up to play football just like his older brother. Watch the family describe Barak's love for sports in this clip, and then stay for the end to see the young man make a big play at Lucas Oil Stadium.