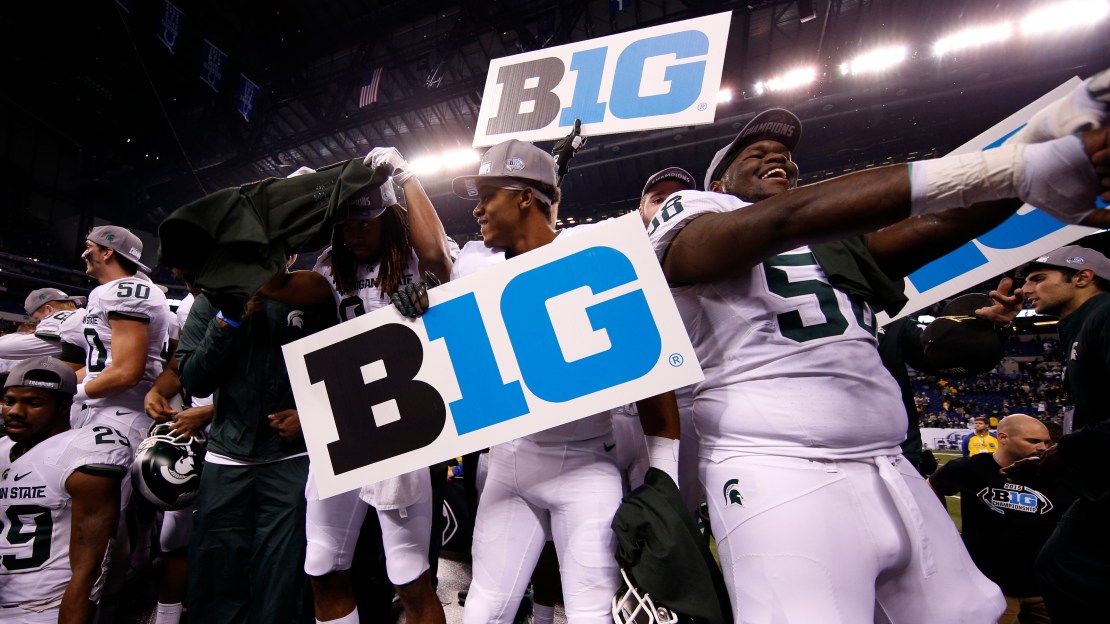 Five Big Ten championship games have been played, and Michigan State has won two of them.

In a season in which Michigan State has won two games with no time remaining on the clock (at Michigan & at Ohio State), it scored the game-winning touchdown with 27 seconds left. And it came on the final play of a memorable and historic 22-play drive.

This time, it was true freshman running back LJ Scott playing the role of hero. The powerful back, on 3rd-and-goal from the 1-yard line, with the Spartans trailing 13-9, ripped off a powerful run, shedding several tacklers, before reaching to cross the plane.

Watch Michigan State celebrate its second Big Ten title in our 360-degree video above, and check out more celebration videos from Lucas Oil Stadium field level in the tweets below.

The celebration is on for the Spartans! https://t.co/8MUe2WChcY

"On the banks of the red cedar, there's a school that's know to all. Their specialty is winning, and the Sp... https://t.co/i9yB5IXZ1B