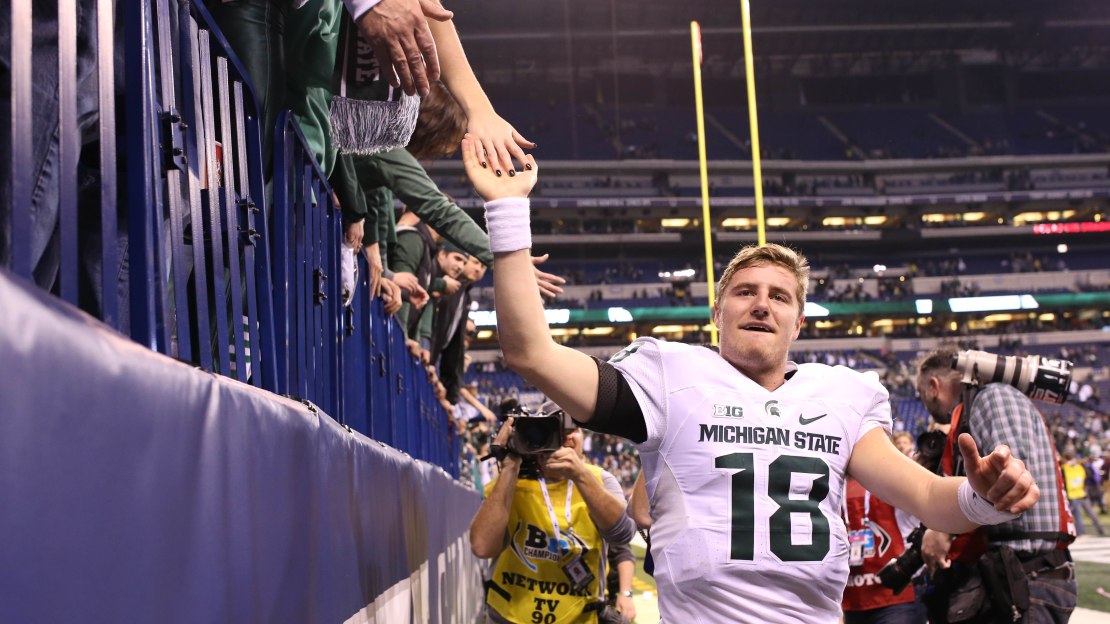 One thing's for sure: Connor Cook has experience celebrating gigantic victories.

And every one of the Michigan State record-breaking quarterback's celebrations seems to include a special moment with his parents.

The aftermath of Saturday night's 2015 Big Ten Football Championship Game was no different.

Watch Cook, who went on to earn game MVP honors, the first player to win two Big Ten title game MVPs, celebrate with his parents in the video above.

Speaking of the Big Ten MVP award, Cook received a lot of negative tweets about how he disrespected Ohio State legend and two-time Heisman winner Archie Griffin during the trophy exchange. Watch his apology below: