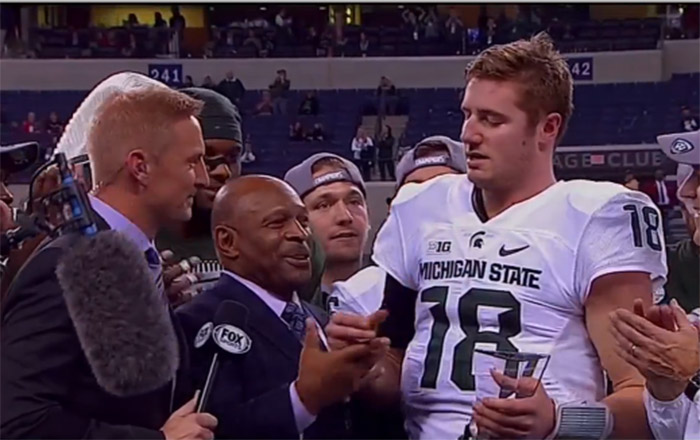 When Connor Cook went to check Twitter shortly after No. 5 Michigan State's dramatic 16-13 comeback victory over No. 4 Iowa in the Big Ten title game Saturday night, he was expecting to see a lot of congratulatory tweets.

Instead, he was inundated with negative tweets, 140-character attacks on the "disrespectful" way he accepted the Big Ten title game MVP trophy from Ohio State legend and two-time Heisman winner Archie Griffin.

Cook saw the video, and he made it a point to apologize to Griffin in our postgame interview.

"I would never, by any means, disrespect anyone, especially a man like Archie Griffin," the first two-time Big Ten title game MVP said. "It was me caught up in the moment, trying to celebrate with my teammates. The way I grabbed the trophy, it looked very disrespectful, and I would never want to do that.

"My apologies go out to Archie Griffin."

Watch Cook's full apology in the video above.