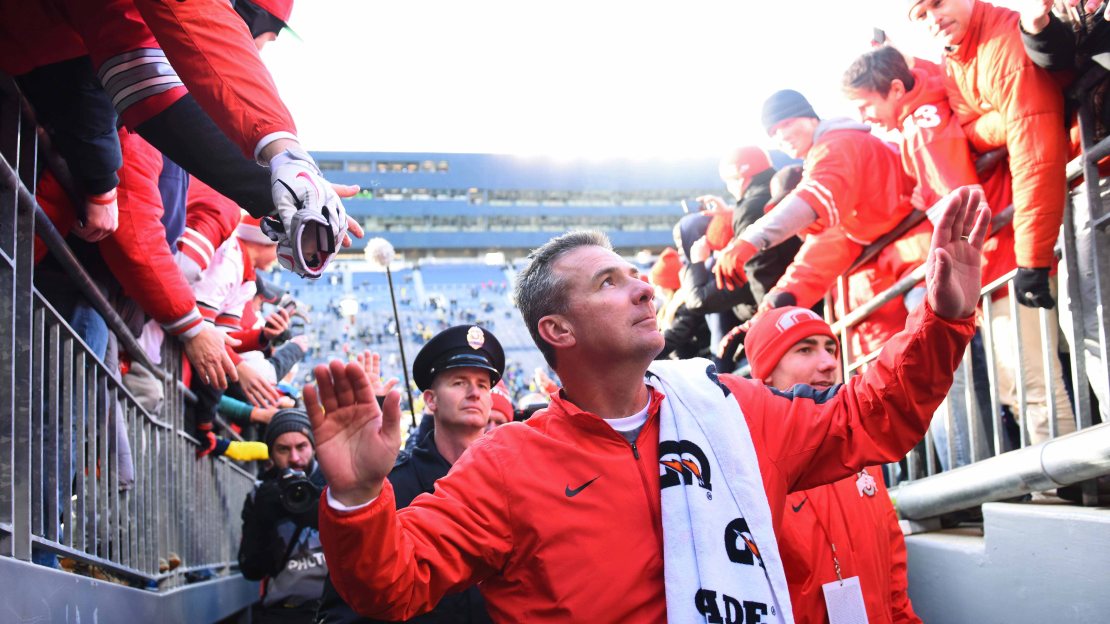 (AP) The Fiesta Bowl has a strong history of producing marquee matchups, highlighted by the double-overtime thriller between Boise State and Oklahoma in 2007.

This year's game has a chance to be the best of the bunch.

Ohio State and Notre Dame, two teams in the College Football Playoff mix until late in the season, will meet at University of Phoenix Stadium on New Year's Day.

It won't be for a national championship, as both teams had hoped, but it's sure to be one of the most anticipated games of the bowl season.

Defending national champion Ohio State (11-1) began the season at No. 1 in The Associated Press Top 25 and remained there through the first 10 weeks despite inconsistent play from its two talented quarterbacks.

The Buckeyes were in good shape despite being overtaken by Clemson after the initial playoff rankings were released, remaining in the top four until late in the season.

They just picked the wrong time to lose, falling to Michigan State on a last-second field goal in their penultimate game. That dropped Ohio State in the pecking order of one-loss teams behind playoff teams Alabama, Michigan State and Oklahoma, which all lost earlier in the season.

The Buckeyes still had an outside shot at the playoff heading into the final weekend, but the teams ahead of them all won. Ohio State finished No. 7 in the final CFP rankings, behind fellow one-loss Big Ten teams Michigan State and Iowa.

Notre Dame (10-2) was in strong contention for a playoff spot after winning nine of its first 10 games, its only loss to top-ranked Clemson after failing to convert a game-tying 2-point conversion in the closing seconds.

Beat Stanford on Nov. 28 and the Irish would have had a decent chance at being in the playoff, entering the game No. 6 in the CFP rankings. Instead, they allowed the Cardinal to march down the field for a last-second field goal to end their chances. Notre Dame finished No. 8 in the final CFP rankings.

The late-season letdowns worked out well for the Fiesta Bowl, giving it another must-watch matchup.

A few more things to look for in the New Year's Day game:

ELLIOTT RUNS: Ohio State running back Ezekiel Elliott made headlines for lashing out at Buckeyes coaches after rushing for 33 yards on 12 carries in the loss to Michigan State. He later apologized, but proved to be right about getting the ball the next week, rushing for 214 yards and two touchdowns in a victory over rival Michigan. Elliott was good all season outside of the Michigan State game, tying for second in the FBS with 19 touchdowns and fourth nationally with 1,672 yards rushing. The junior announced he will skip his senior season for the NFL draft, so he'll be motivated to put on a show in his final game.

IRISH INJURIES: Notre Dame came within a couple of last-second plays of a perfect season and did it with a slew of injuries to key players. It started right away, too. Running back Tarean Folston, who led the Irish in rushing last season, tore his right ACL on his third carry of the season against Texas and quarterback Malik Zaire suffered a season-ending ankle injury the next week against Virginia.

QB CAROUSEL: J.T. Barrett and Cardale Jones were supposed to give Ohio State one of the best quarterback tandems in the country. It didn't work out that way. Jones led the Buckeyes to last year's national championship after Barrett was hurt and began this season as the starter. He was inconsistent at times and was replaced by Barrett after seven games. Barrett started three of the final four games, missing one while serving a suspension after being arrested on charges of driving while impaired.

IRISH PASSING: Even after losing their starting quarterback, the Irish found a way to come up with big plays in the passing game. DeShone Kizer played well in place of Zaire, throwing for 2,600 yards and 19 TDs with nine interceptions, while adding 499 yards and nine TDs rushing. His favorite target was Will Fuller, who caught 56 passes for 1,145 yards and 13 TDs