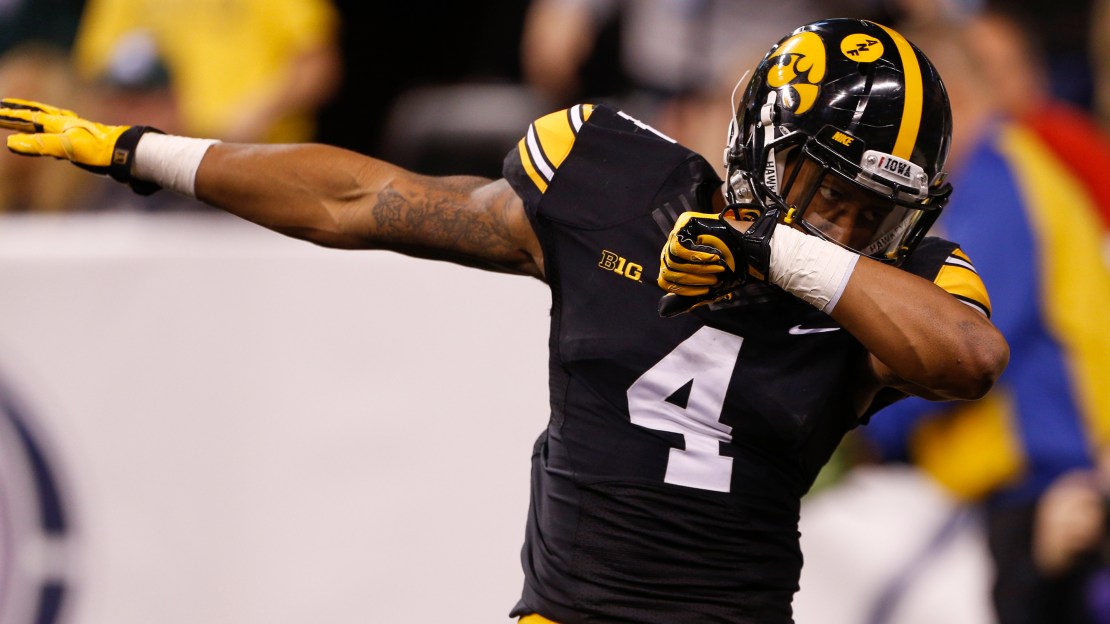 (AP) Iowa and Stanford barely missed out on the College Football Playoff.

The Rose Bowl is a pretty great consolation prize.

Iowa and Stanford finished in the final two rankings spots outside the four-team playoff, yet they earned coveted spots in the traditional year-end intersectional matchup between the Big Ten and Pac-12 powers.

Even though the Hawkeyes lost their unbeaten season and the Big Ten title game to Michigan State on a late touchdown Saturday night, they still held off Ohio State to earn their first trip to Pasadena since Jan. 1, 1991. Coach Kirk Ferentz will cap his 17th season at Iowa with his first Rose Bowl appearance.

While the Hawkeyes hadn't made the Rose Bowl in a generation, Pasadena has become a second home for Stanford coach David Shaw's improbable Bay Area powerhouse.

The Cardinal earned their third Rose Bowl berth in four years by beating Southern California 41-22 in the Pac-12 title game on Saturday night. Stanford beat Wisconsin three years ago to earn its first Rose Bowl victory since the 1971 season, but lost to Michigan State two years ago.

Stanford also had hopes of a playoff spot after finishing the season with big wins over Notre Dame and USC, but conference title game victories by Clemson and Alabama consigned the Cardinal to Pasadena.

"If the worst thing we do is go to the Rose Bowl, I think that's pretty cool," Shaw said after beating the Trojans.

Although both football programs date to the 19th century, Iowa and Stanford have never faced each other.

Here are some more things to know about the Rose Bowl matchup:

STANFORD SHOWCASE: Cardinal running back Christian McCaffrey will cap his incredible season with his first appearance in the Rose Bowl game. The 19-year-old sophomore has gained more yards in a season than anybody in the history of college football, breaking Barry Sanders' record while racking up 461 total yards against the Trojans. He also threw a touchdown pass, caught a touchdown pass and rushed for another score. Shaw called McCaffrey "the best player in the nation. It's not even a debate."

TRADITION REIGNS: The Rose Bowl prefers a traditional intersectional matchup between the Big Ten and the Pac-12, but college football's shifting postseason landscape has interrupted that tradition six times in the 21st century. After Florida State's blowout loss to Oregon in last season's CFP matchup at the Rose Bowl, everything is back to normal this winter.

LONG TIME COMING: Although it took 25 years for Iowa to get back to Pasadena, it's been even longer since the Hawkeyes could celebrate a victory. They haven't won the Rose Bowl since Jan. 1, 1959, when the Big Ten champions led by halfback Bob Jeter and coach Forest Evashevski beat California and were named national champions by the Football Writers Association of America. Famed coach Hayden Fry never won the Rose Bowl, losing each of his three Big Ten championship teams' trips to Pasadena.

FREQUENT VISITORS: Not many West Coast powers are getting the chance to suit up in Pasadena lately. The Pac-12 has sent just three different teams to the Rose Bowl in the past 13 years. Oregon made three appearances in the previous six years, while USC played in five of six Rose Bowls from 2004-09. Stanford is making its 15th Rose Bowl appearance, but the school hadn't made three Rose Bowl trips in four years since 1933-35, when Stanford played in three straight. Iowa is the seventh different Big Ten team to play in Pasadena in the past 13 years, with Wisconsin and Michigan making three appearances apiece.