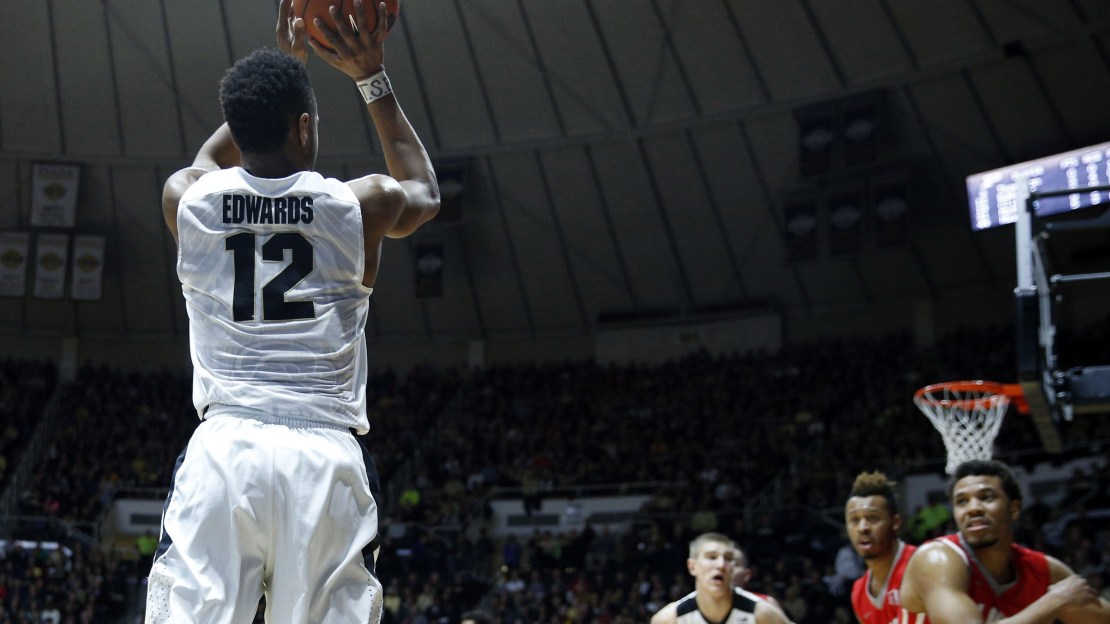 There were 13 Big Ten men's basketball teams in action Saturday.

Catch up on all of the action on our Big Ten scoreboard.

No. 3 Michigan State and No. 11 Purdue highlighted the busy slate of action with victories over Binghamton and New Mexico, respectively.

In all, the Big Ten went 12-1, with the lone loss coming in Minnesota's double-overtime defeat to South Dakota.

Here are several of the top plays from Saturday.

This in-bound play worked to perfection for @IowaHoops, ending with the Jarrod Uthoff slam. https://t.co/RdQsMsU4gn

If you're a @GopherMBB fan, you have to like the footwork on this spin move-and-slam by Jordan Murphy. https://t.co/qQvdjFOoX8

Benny Parker with alley, Tai Webster with the oop for the @Huskers early in the second half. https://t.co/O1OgFmhIBb

Aaron Falzon's shoe was over the 3-point line but his toes were not, so the @NUMensBBall basket counts. How? Watch. https://t.co/CwxuTIBqMg

ICYMI: Ethan Happ puts the exclamation point on a @BadgerMBB win off the excellent pass from Bronson Koenig. https://t.co/mGedRbjqdu