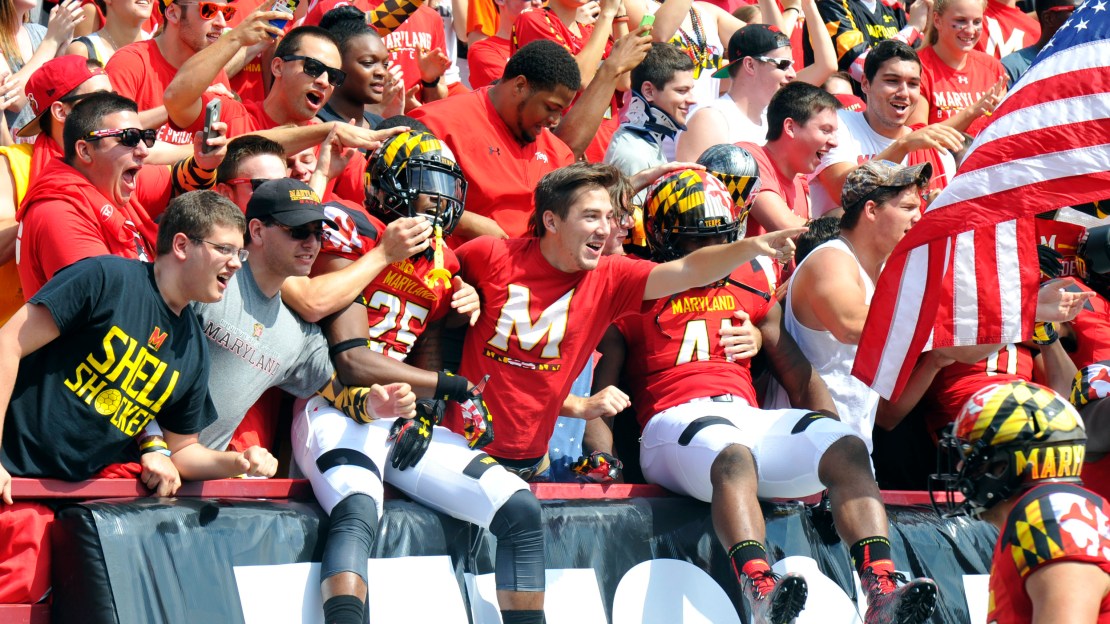 With D.J. Durkin off to coach Maryland, Michigan needs a defensive coordinator. Mlive.com has some names. Hey, Greg Mattison is still on staff. He was DC under Brady Hoke and did a nice job. Jim Leavitt? I like it. He was on Jim Harbaugh?s staff with the 49ers. An intense and smart coach who oozes passion.

On the subject of Durkin, who was introduced has head coach on Thursday in College Park, was his hire a risk? Sure it was. All hires are. They guy never has been a head coach. And he has no ties to the east. A lot is being asked of Durkin, who must bump heads in the Big Ten East with his old boss Jim Harbaugh, Urban Meyer and Mark Dantonio, among others.

What a proving ground for Durkin, a good recruiter who has lots of passion.

I thought Maryland would go for a big name and proven coach. But, what do I know?

NJ.com has 10 assistants that Rutgers should consider for its head coaching job.

Ohio State offensive coordinator Ed Warinner is on the list. I would like to see him get a shot to coach a team. The guy has more than paid his dues and is ready. Maryland, Mizzou, Georgia and USC have already hired assistants this offseason. Why not RU?

Good read here from Chad Leistikow of HawkCentral.com on how a boy and his Bible verses are inspiring Iowa QB C.J. Beathard.

Ezekiel Elliott in the Heisman hunt? Nope. It?s over. Has been since the debacle vs. Michigan State. It killed the dream for Elliott. The bronze bauble is Derrick Henry?s to lose, I think. I have not cast my ballot yet. I will after this weekend.

Northwestern enjoyed a bang-up season that included 10 wins. If not for Kirk Ferentz?s boffo season at Iowa, Pat Fitzgerald probably would have been Big Ten coach of the year. And NU did it in 2015 with a strong defense that had good depth, as the offense often coughed and wheezed.

And the coaching staff stayed true to its word. "They knew they were going to be on the field in potentially critical situations," Hankwitz says. The defensive staff rotated in backups throughout the season, even in positions where you don't traditionally see starters coming off the field. The Duke game was the leading example. Fitzgerald said 64 or 65 players out of the 70 that traveled saw the field in Durham.

Nebraska made news recently when it said it wouldn?t pay coaches bowl bonuses if the Huskers go bowling with a 5-7 mark. And Mike Riley has no problem with that. In fact, he ?whole heartedly? agrees. But, isn?t it a bowl game?

?It?s obviously an administrative decision, but I agreed wholeheartedly,? Riley said. ?(AD) Shawn (Eichorst) brought it up to me and said, ?What do you think?? I think that?s appropriate. We?re just very fortunate to play another game. In the normal scheme of things we weren?t bowl eligible. We?re just fortunate we get to go. The credit belongs to the university for having that APR.?

NU already has said it will accept a bowl bid if one is extended. Riley said he?d embrace the opportunity.

?I would really love it for a number of reasons,? Riley said. ?It?s kind of one of those deals. It?s a little unusual, but we?ll take it. It?s good for the current team to play another game, and it?s good for the future team to get to practice and hopefully go into the offseason with a win.?

Dicky V thought this was going to be a special Indiana hoops team. Now, he?s not so sure.

Until the Hoosiers get things buttoned up on defense and find some leadership, they will struggle to beat quality teams-no matter how talented Tom Crean?s team is on offense.

While things are going poorly for IU, they are going swimmingly for Purdue, which is emerging as a legit Big Ten contender with great depth, size and inside-outside balance to go along with tenacious defense.