Count 'em up: Our look at the Iowa vs. Michigan State numbers 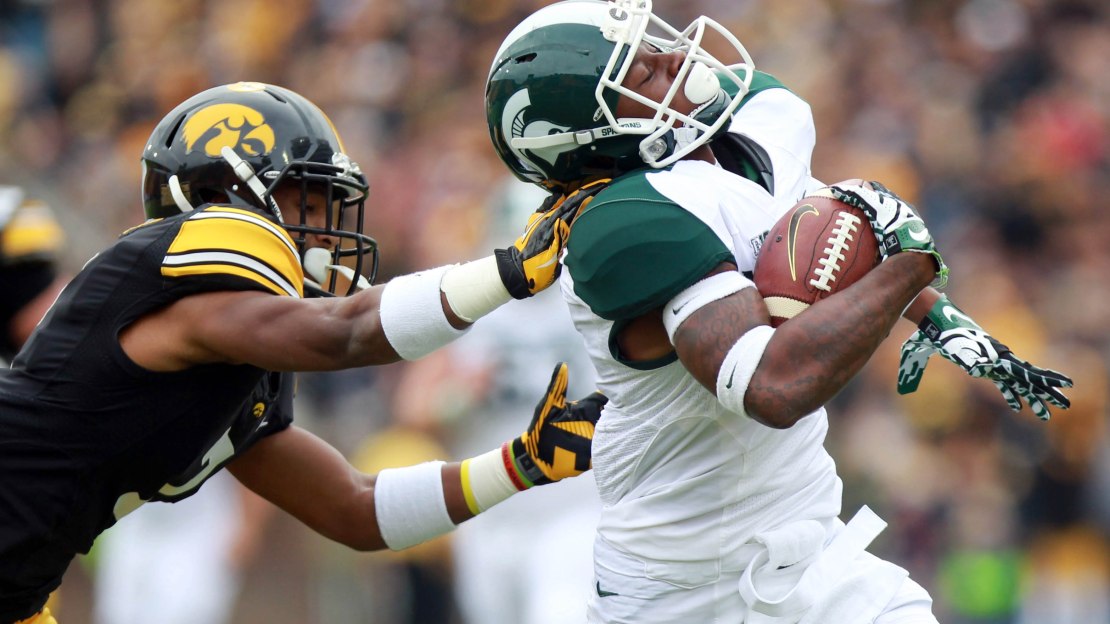 Numbers. What sports fan doesn?t like them? Here is a look at some key ones I have culled in anticipation of Iowa playing Michigan State in the Big Ten title game on Saturday night.

Before we get to those digits, be sure to check out some of our other preview coverage around Saturday's game (8:17 p.m. ET on Fox).

23-20-2: The all-time series between Iowa and Michigan State, led by the Hawkeyes.

26-14: The score of the last game between Iowa and Michigan State, won by the Spartans on Oct. 5, 2013, in Iowa City. The Spartans have won two of the last three meetings.

5: Total number of 11-win seasons in the last six years for MSU. Mark Dantonio is the first Big Ten coach to pull off that feat. The Spartans had just two 10-win seasons before Dantonio arrived in 2007.

8: Interceptions by Iowa?s Desmond King, the most in America. It also is tied for the most in a season in school annals.

5: Unbeaten regular seasons for Iowa. The last time the Hawkeyes went unbeaten in the regular season was 1922, when they were 7-0.

3: Iowa running backs who have rushed for at least 195 yards in a game this season. Jordan Canzeri (256), Akrum Wadley (204) and LeShun Daniels (195) have all accomplished the feat, making the Hawkeyes the first FBS school to do so since LSU in 1997.

64: wins by Michigan State since 2010, which are tied for fifth most among FBS schools and the most in the Big Ten over that span.

13-0: The record of Iowa QB C.J. Beathard. He is the only signal-caller in school annals to win his first 13 starts.

5-0: Iowa?s record on the road in 2015, knocking off two ranked foes (No. 18 Wisconsin; No. 20 Northwestern). The Hawkeyes are one of just five schools with multiple road triumphs over ranked teams this season.

+14: This would be the turnover margins for Michigan State and Iowa. That ties for the Big Ten lead.

28-12: Mark Dantonio?s record at MSU in November, December and January combined. In the four seasons before Dantonio, the Spartans went 2-11 in November.

33.7: Look at Iowa?s scoring average, which is fifth-best in school history. The Hawkeyes scored over 30 points five games in a row for the first time in school history from Weeks 7-11. Not bad for a ?plodding? offense.

33-4: The record of Michigan State QB Connor Cook, making him the winningest signal-caller in school annals. He is 22-2 vs. Big Ten foes.

12: Total number of plays of over 30 yards that Iowa has allowed.

9: That's the number of rushing TDs allowed by Iowa, tied for fewest in the Big Ten with Michigan.

0: Playoff appearances for Michigan State and Iowa. The winner in Lucas Oil Stadium on Saturday night will change that.