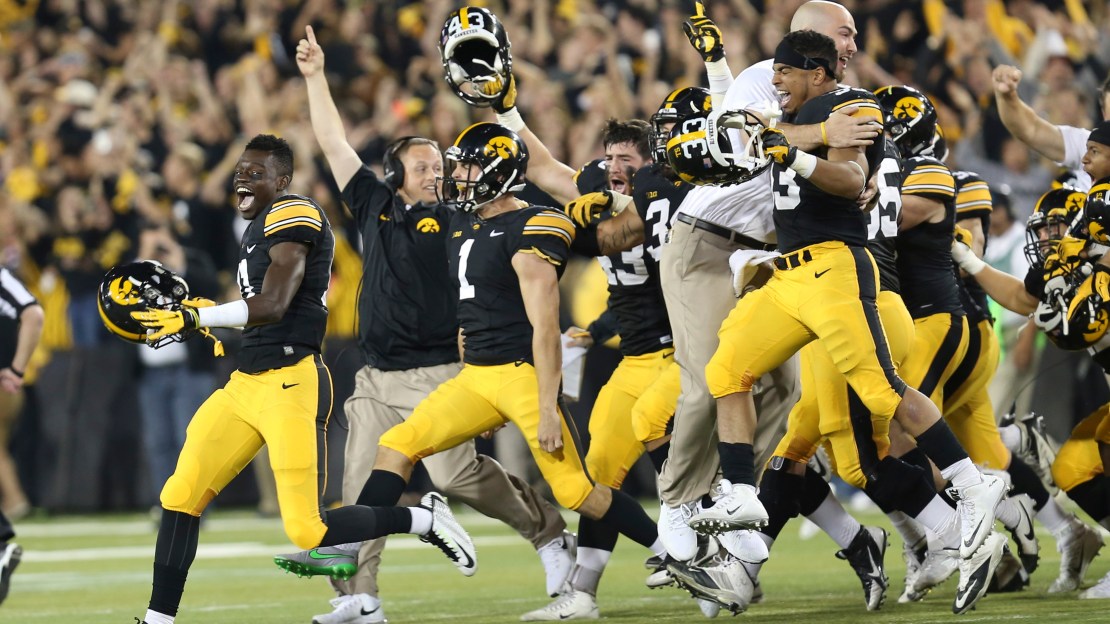 Ahead of Saturday's big game, I look back at what I believe were Iowa?s three defining games.

See the games and relive the highlights in the post below.

1. Sept. 19. Pitt coach Pat Narduzzi tried to ice Iowa kicker Marshall Koehn, but it didn?t work. Koehn drilled a 57-yard field goal as time expired to lift the Hawkeyes to a 27-24 win and the program?s first 3-0 start in six years. After being given the job in January over Jake Rudock-who subsequently transferred to Michigan–C.J. Beathard looked like the real deal, throwing for 258 yards and driving Iowa 31 yards in less than a minute to set up the game-winning boot.

Maybe this could be a special season for Iowa, which was coming off a 7-6 mark in 2014 that caused some to question the direction of the program.

2. Oct. 3. Yes, Iowa was 4-0, winning all of its non-league games. But that vs. Illinois State, Iowa State, Pitt and North Texas. Could the Hawkeyes carry that mojo into Big Ten action? On the road? Against the team many felt would win the Big Ten West, Wisconsin? Yes, yes and yes. The Badgers were doomed by four turnovers, as the Hawkeyes left Camp Randall Stadium with a 10-6 win in their league opener despite being outgained 320-221.

3. Nov. 27. Yes, Nebraska was just 5-6. But it was a prideful program looking to earn bowl eligibility on Senior Day in Lincoln, Neb. And it was a chance to ruin Iowa?s perfect season, a salve to a painful season marked by many close, tough losses. But the Hawkeyes wouldn?t be denied on Black Friday, taking a 28-28 win to cap a 12-0 regular season and remain in the hunt for a Big Ten title and playoff berth.

Jordan Canzeri carried a big load, running 17 times for 140 yards on a day when Iowa netted just 250 yards and went 0-of-9 on third-down conversions but benefitted from four Tommy Armstrong interceptions. It was a classic ?ugly win? that had come to define the 2015 Hawkeyes. Style points don?t matter. Results do. And this Iowa team was 12-0 for the first time and still dreaming of it first Big Ten championship since 2004 and first playoff bid ever.