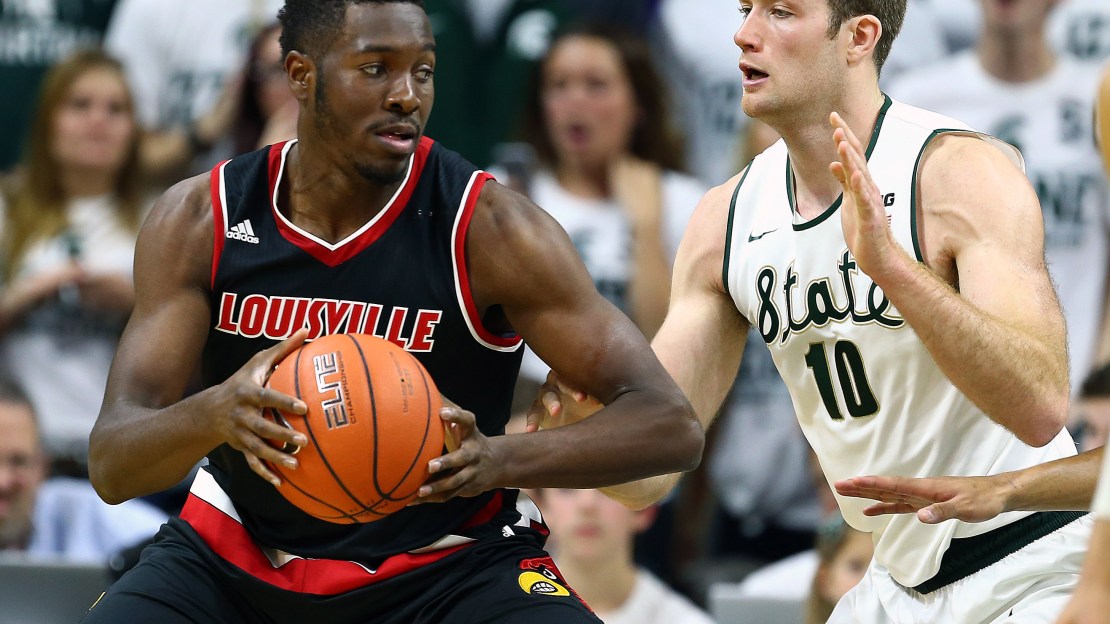 Big Ten fans were treated to a loaded slate of games in the third and final night of the Big Ten/ACC Challenge.

Michigan State kicked off the action with an impressive 71-67 win over Louisville, while Wisconsin notched a big victory as well, defeating Syracuse 66-58 in overtime.

Iowa finished the evening with a thrilling 78-75 overtime win against Florida State, securing an 8-6 victory for the Big Ten in this year's challenge.

Here is a look at the top highlights from Wednesday night's Big Ten basketball action.

Denzel Valentine makes an incredible layup at the halftime buzzer

What does the wackiest, craziest, buzzer-beating layup of the season look like? Denzel Valentine answers that here! https://t.co/J8GflALPuK

Are you kidding me! Watch @MSU_Basketball freshman Deyonta Davis sky for a HUGE alley-oop slam. https://t.co/5E82RzLFli