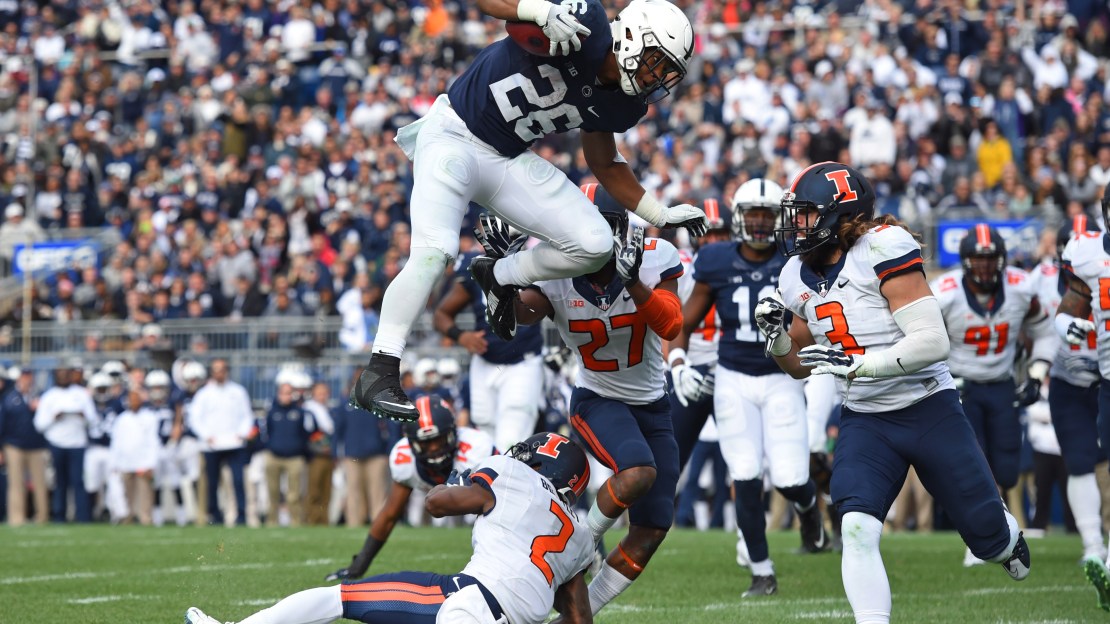 It was a good year for freshman running backs in the Big Ten.

The league saw four freshmen finish in the top 10 in the Big Ten in rushing, led by Penn State?s Saquon Barkley. The true freshman was a revelation in State College, finishing fourth in the conference after running 165 times for 1,007 yards and seven TDs. Those numbers would be even higher had Barkley not missed two games (Army and Indiana) with injury and had a combined nine carries in two others (Temple and San Diego State). Still, those numbers make the 5-11, 222-pound Coplay, Pennsylvania, native the BTN.com Big Ten Freshman of the Year.

Around the rest of the conference, Purdue true freshman Markell Jones is No. 7 in the Big Ten in rushing (875), while fellow true freshmen Ke?Shawn Vaughn of Illinois (661) and Shannon Brooks of Minnesota (636) are eighth and 10th, respectively.

Nebraska leads the way with four selections to BTN.com?s 2015 All-Freshman squad. Michigan State has three. All 14 squads are represented.