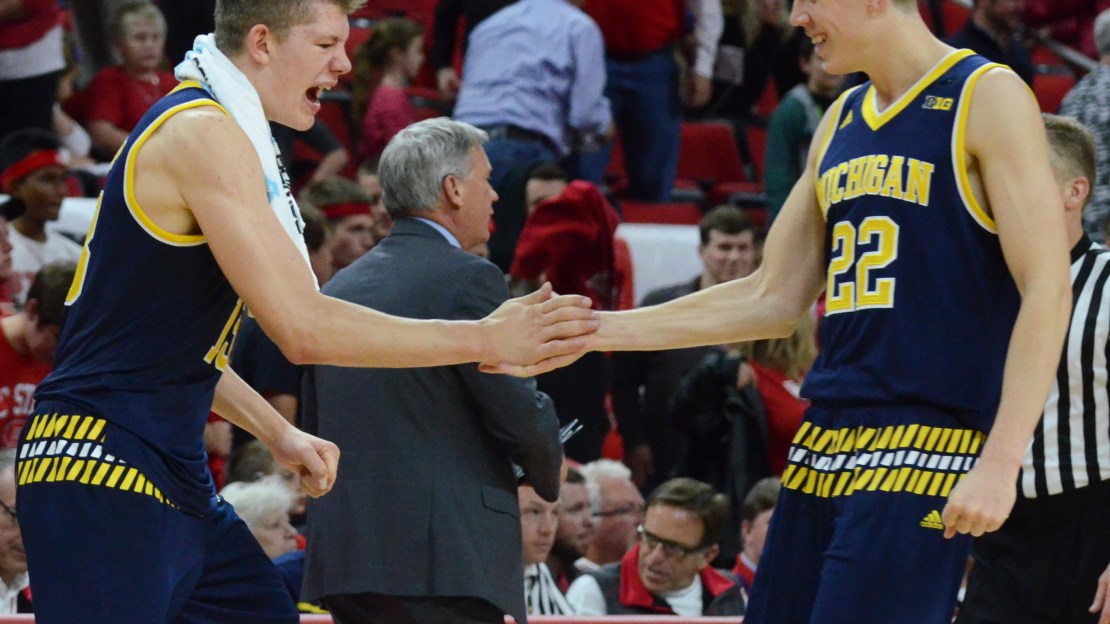 The second night of the annual Big Ten/ACC Challenge took place on Tuesday, with six Big Ten teams in action.

Michigan kicked off the night with an impressive 66-59 victory over NC State, while Northwestern followed with a thrilling 81-79 overtime win at Virginia Tech.

Relive all of Tuesday's action with the links below:

NORTHWESTERN 81, VIRGINIA TECH 79 (OT): BOX | PBP | AP RECAP
Bryant McIntosh scored 19 points to lead the Wildcats to an 81-79 overtime victory over Virginia Tech on Tuesday in the ACC-Big Ten Challenge. McIntosh hit 8 of 15 for the Wildcats (6-1), who shot 47.8 percent (32 of 67) from the floor. He also grabbed five rebounds and handed out four assists.

MIAMI (FL) 77, NEBRASKA 72: BOX | PBP | AP RECAP
Davon Reed's 3-pointer gave Miami the lead in overtime and the No. 21 Hurricanes made three free throws in the last 15 seconds to beat Nebraska 77-72 in the Big Ten/ACC Challenge on Tuesday night.

PURDUE 72, PITTSBURGH 59: BOX | PBP | AP RECAP
A.J. Hammons scored a season-high 24 points off the bench and Ryan Cline made four 3-pointers in the second half to lead No. 11 Purdue to a 72-59 win over Pittsburgh on Tuesday night.