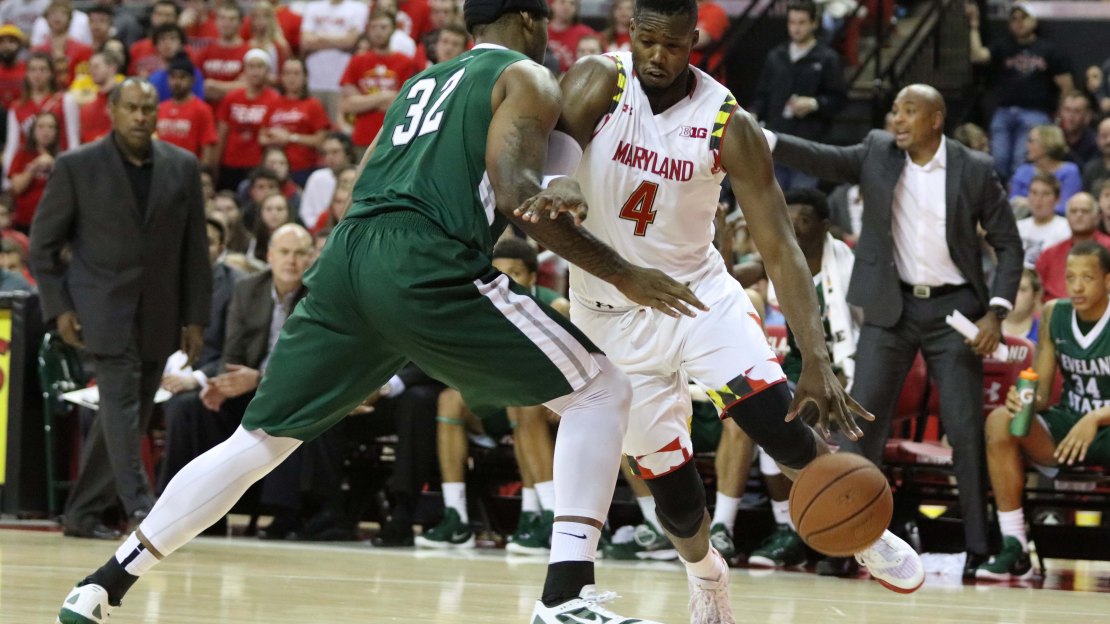 There are two new Big Ten names appearing on my latest Big Ten Player Rankings. One was on my preseason list (Illinois' Malcolm Hill), while the other is making his debut (Maryland's Robert Carter Jr.).

The top four remains the same this week, with Michigan State do-it-all star Denzel Valentine coming in at No. 1 for the second consecutive week.

1. Denzel Valentine, Michigan State. The Denzel Valentine show hit the West Coast this week for the Wooden Legacy, and those in attendance got their money?s worth. Valentine averaged 22.5 points, 8.8 rebounds and seven assists, as the Spartans rolled to the title and Valentine picked up MVP honors.
Last week: 1

3. Caris LeVert, Michigan. LeVert?s 21 points against No. 18 UConn wasn?t enough to keep Michigan in the winner?s bracket at the Battle for Atlantis, but Michigan still left Paradise Island with two victories. In a win over Texas, LeVert scored 19 points and pulled down three rebounds.
Last week: 3

4. Nigel Hayes, Wisconsin. Wisconsin was rolled at No. 7 Oklahoma, but Nigel Hayes fought hard for 20 points and 11 rebounds against the talented Sooners front line.
Last week: 4

5. Jarrod Uthoff, Iowa. Uthoff is averaging 18.2 points and 5.7 rebounds through six games, while shooting 51 percent from the floor and 46 percent from behind the arc. He swatted a career high five shots in 84-61 victory against No. 20 Wichita State.
Last week: 8

6. Yogi Ferrell, Indiana. I said last week that "The Maui Invitational is the type of marquee tournament where great teams win and great players thrive." Unfortunately for Ferrell and the Hoosiers, their trip to Hawaii came up empty. Indiana didn?t defend or protect the basketball, and turned the rock over on 28.7 percent of their possessions in a loss to UNLV. Ferrell salvaged the trip for Indiana with a 22-point gem in a victory over St. Johns.
Last week: 5

7. Robert Carter Jr., Maryland. Carter has really stepped up his game the few outings for undefeated Maryland, averaging 16 points and 8.5 rebounds. The 6-foot-9 forward has displayed an array of moves and soft touch around the rim. He will have to be in beast mode Tuesday against the front line of North Carolina
Last week: NR

8. Malcolm Hill, Illinois. Hill is back in the top 10 this week following a very impressive showing in the Emerald Coast Classic. The Illini star scored 20 points to keep his team close in the championship game loss to No. 4 Iowa State. This guy has all of the moves at the offensive end, and with his sidekick Kendrick Nunn returning to action, Illinois will be much improved going forward.
Last week: NR

9. Jake Layman, Maryland. Layman has to play with more consistency if Maryland?s dream season is going to come to fruition. Eight points a game the last two outings is not near enough in 28 minutes, nor is 2.5 rebounds per game during the same span.
Last week: 6

10. Caleb Swanigan, Purdue. It was another big performance on the boards for Swanigan as the freshman pulled down 12 in a 77-55 victory over Lehigh. Purdue is the only team in America to have played six games and won them all by at least 15 points.
Last week: 9