Watch Jerry Kill lead Minnesota onto the field vs. Wisconsin 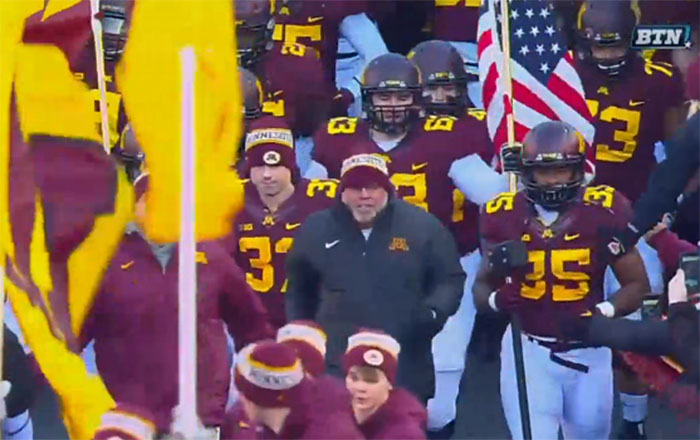 Jerry Kill was back at TCF Bank Stadium on Saturday afternoon for the first time since retiring October 28.

He played a big role in the day's festivities, too.

Kill, who compiled a 29-29 record in four and a half seasons at Minnesota, shook the hand of every senior in the tunnel as they were announced on Senior Day, before leading the Gophers onto the field for their game vs. heated rival Wisconsin.

During the game, Kill took in the action from the field, next to the Minnesota sideline. He also joined Kevin Kugler and Matt Millen in our booth to open the second half.

Watch Kill lead the Gophers onto the field in the video above and see him shake the seniors' hands in the tweet below.

Love it: Jerry Kill was there to shake the hand of every @GopherFootball senior prior to kickoff. https://t.co/IEXI06NXxV