Video: Aaron Burbridge makes one of the top plays of the season 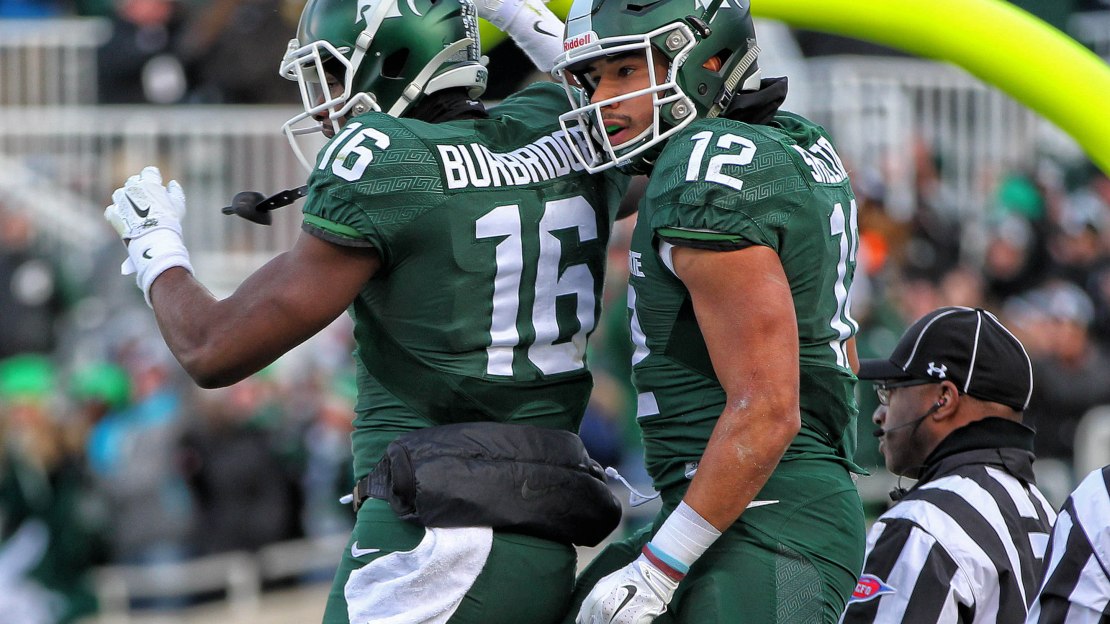 Big Ten fans are used to seeing outstanding plays on a weekly basis.

But the play Michigan State senior Aaron Burbridge made on Saturday could be the best yet.

Leading 20-10 early on in the second half, Connor Cook dropped back and hit Burbridge with a pass on the left sideline. He hauled in the pass, spun away from two defenders, then spun away from a third defender before diving into the end zone for the score.

Check out the video at the top of the post.

This looked like a play you would see in a video game.

Enjoy, Spartan fans. Cook to Burbridge has been a special combination all season.

Check out some of the top Twitter reactions following the play.

Burb is a dog

That move by Burb was crazy, let's be honest. #GoGreen

Aye that was nasty