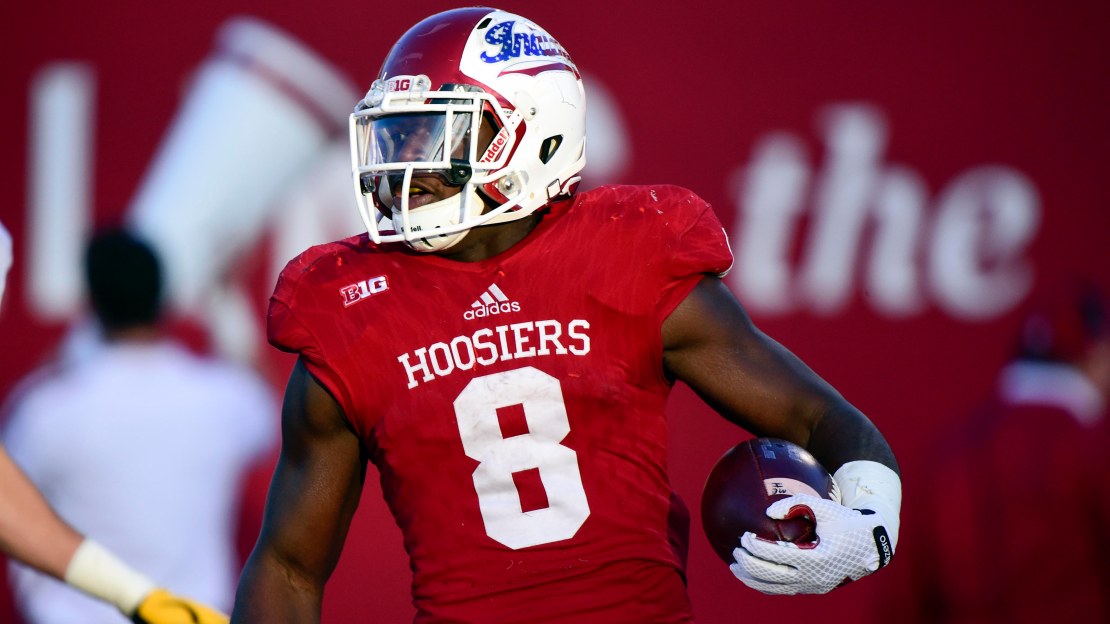 Another week brought more exciting finishes in big ten play. In Columbus, Michael Geiger?s field goal gave Michigan State its second straight win in Columbus for the first time since 1951, ending the Buckeyes' nation-long 24 game winning streak. And then in Madison, you had five turnovers, six Wildcat sacks, a pair of missed field goals, a running back spiking a football, three overturned touchdowns via replay and an education of the fair catch rule in a 13-7 Northwestern win; the Wildcats' first victory at Camp Randall Stadium since the turn of the century.

In other action around the league, Iowa remained undefeated with a 20-point victory over Purdue, Michigan kept their Big Ten championship hopes alive with a triumph at Penn State, Indiana picked up its first conference victory of the season with a 47-point explosion at Maryland, Minnesota got one step closer to bowl eligibility with a win against Illinois, and in the Big Ten's last non-conference tilt, Rutgers took down Army at West Point.

We have a trio of games this holiday weekend on BTN, beginning with Indiana taking on Purdue for possession of the Old Oak Bucket at Ross-Ade Stadium and Maryland traveling to Piscataway to take on Rutgers at noon. Wisconsin will take on on Minnesota for Paul Bunyan?s Axe in the Twin Cities at 3:30 pm (all times eastern).

With the final weekend of conference play coinciding with the Thanksgiving holiday, make sure to fill your plates with these five facts you should know when you tune into BTN for college football action this weekend.

Rutgers quarterback Chris Laviano has struggled to get back to the same level of play he enjoyed at the start of the season. Since engineering a comeback from 25-points down and throwing for a career-high 386 yards in a win at Indiana on Oct. 17th, he has thrown for just 515 yards over his last five outings. His 78.0 QB rating in games played since Oct. 24th is the second-lowest of any FBS quarterback: (George Bollas, Kent State - 76.9). In fact, Laviano has not thrown a touchdown in his last 116 passing attempts, the the second-longest active streak in the nation: (Terrel Hunt, Syracuse - 117 quarters). Through the first month of the season, Laviano led the Big Ten and ranked among the nation's leaders in passing efficiency. Now, he ranks eighth in the conference in that category.

Placekicker Griffin Oakes has been Mr. Consistent for Indiana. The reigning two-time Big Ten Special Teams Player of the Week finished 4-of-4 on field-goal attempts with a long of 48 and a perfect 5-of-5 on extra points in the win at Maryland last weekend. This comes on the heels of a 4-of-4 performance on field goals, including a 51-yarder against Michigan on Nov. 14th. Oakes is the first Big Ten kicker since Illinois? Neil Rackers in 1999 to make four field goals in consecutive conference games. His 90.9 field goal percentage is the fifth-best mark among all active kickers in the nation.

35 points has been the barometer for Purdue?s success under head coach Darrell Hazell. Since Hazell took over at the start of the 2013 campaign, Purdue has gone 5-2 when they have scored 35 or more points. When they fail to reach this mark, they have gone just 1-27. The Boilermakers have scored just 34 points combined in their last two losses to Iowa and Northwestern and have eclipsed the 35 point barrier just twice this season (both victories). Fortunately for Purdue, the Boilermakers face the Big Ten?s most porous scoring defense this weekend in Indiana (37.2 ppg). In their last 18 series matchups against the Hoosiers, Purdue has averaged 37.3 points per game.

Protecting the quarterback has been an issue this season for Wisconsin. The Badgers surrendered six sacks in the loss against Northwestern last weekend, their most allowed in a home game since giving up six to Iowa on Nov. 12, 2005. Wisconsin has allowed a total of 24 sacks this year, which is tied for the third-most in the conference. It is also the most the Badgers have given up since they allowed 28 sacks in 2012. In addition, they have also allowed 64 tackles for loss, the fourth-most in the league. Even with the pressure, the Badgers are averaging 256.1 passing yards per game during Big Ten play, the second-highest mark in the conference (Indiana - 276.9 ypg). Wisconsin has not led the conference in passing offense during league play in any season since 1963 (170.0 ypg).