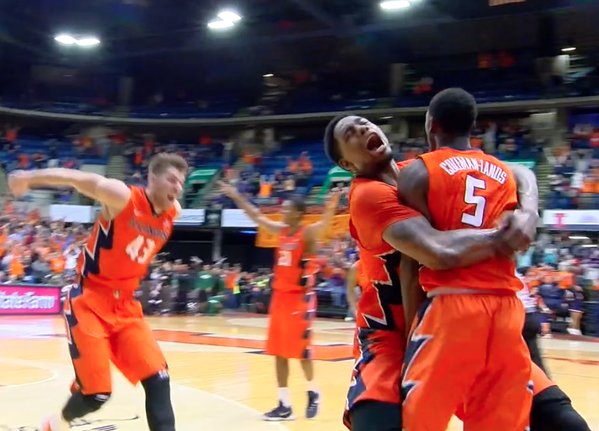 (AP) Jalen Coleman-Lands sank a 3-pointer from the corner at the buzzer, allowing Illinois to escape with an 82-79 victory over Chicago State Monday night.

[ MORE: Catch up on all of Monday's Big Ten basketball results ]

Michael Finke scored 17 to lead Illinois (2-3). The Illini needed a 14-0 run in the second half to tie it the game at 66, and then needed the game's final possession to steal the win.

After Chicago State (3-2) was called for a shot clock violation with 4.6 seconds left, Illinois rushed the ball up the court to find Coleman-Lands open in the corner. Coleman-Lands, Malcolm Hill and Michael Thorne Jr. scored 12 apiece for the Illini.

The Illini also had a buzzer-beater to end the first half.

Malcolm Hill get it off in time for @IlliniMBB? He sure did! #buzzerbeater https://t.co/1VkqHhlWxk