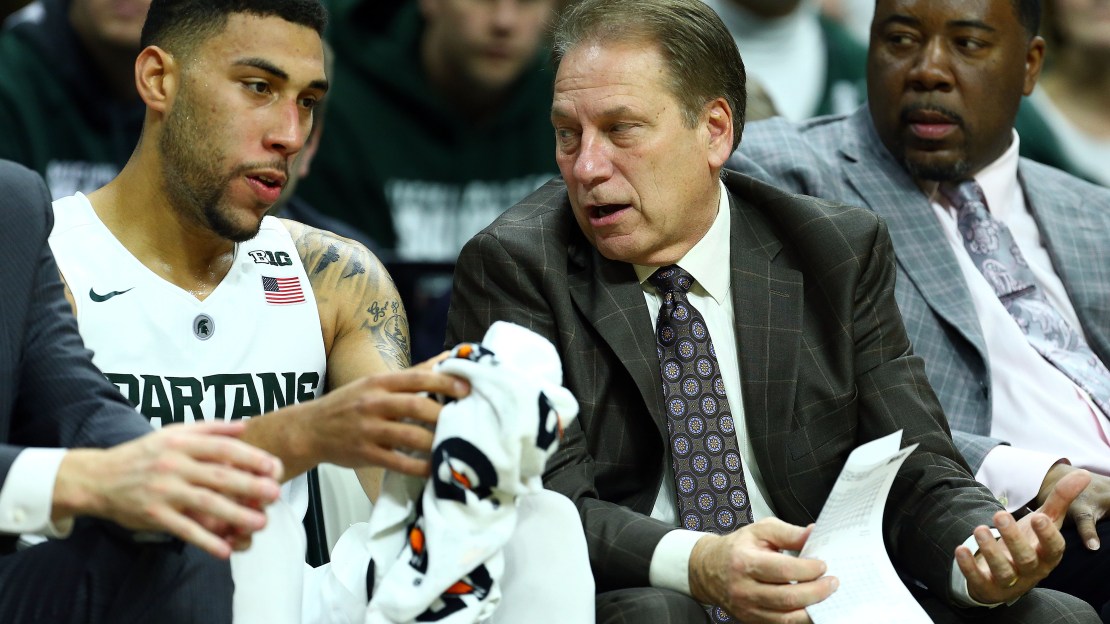 How good was Denzel Valentine's triple-double vs. Kansas? So good, it played a big role in the Michigan State star winning Big Ten Player of the Week.

The historic performance also was enough to place Valentine atop my latest Big Ten Player Rankings.

That's right, Valentine, previously No. 2 on my list, has taken the top spot from Maryland's Melo Trimble.

Check out my latest Big Ten Player Rankings below:

1. Denzel Valentine, Michigan State. Valentine?s epic performance against then-No. 4 Kansas moves him into the top spot. His 29-point, 12-rebound, 12-assist, 1-turnover performance in 38 minutes was one of the best in Michigan State history.
Last week: 2

3. Caris LeVert, Michigan. LeVert?s full arsenal was on display Friday night, when he scored 29 points, pulled down seven boards and dished out three assists in a 86-70 loss at home to Xavier. But Michigan?s problem from last season reared its ugly head as the Wolverines were crushed on the boards 47-29.
Last week: 3

4. Nigel Hayes, Wisconsin. Life without Frank and Sam is proving to be pretty lonely for Hayes and the Badgers. The junior forward played a solid game with 22 points and four rebounds in a loss to Georgetown, but scored only 10 points and pulled down four rebounds in a 74-73 win over VCU.
Last week: 4

5. Yogi Ferrell, Indiana. The Maui Invitational is the type of marquee tournament where great teams win and great players thrive. With NBA scouts lining the baseline, and most of the college basketball world getting its first peak at the Hoosiers, the next four days will give everyone a barometer of where Ferrell and Indiana rank.
Last week: 5

6. Jake Layman, Maryland. As Coach Mark Turgeon continues to experiment with his talented and deep lineup, Layman continues to perform at a high level. His double-double (11 points & 11 rebounds) helped Maryland avoid an upset to Rider, and his 15-point second-half points vs. Georgetown helped Maryland win an emotional dandy.
Last week: 6

9. Caleb Swanigan, Purdue. I?m not sure who Purdue?s most valuable player is going to be this season, but Swanigan and the talented Boilers continue to roll. The freshman sensation put up 12 points in the Boilers' 85-70 victory over Florida to win the Hall of Fame Tip-Off tournament. Is this the first championship of many for the Paint Crew this season?
Last week: 10

10. Bronson Koenig, Wisconsin. The Badgers are off to a slower-than-expected start, losing twice already, but their point guard is getting it done (17.6 ppg, 3.6 rpg, 3.2 apg). In fact, he just hit the game-winner in the final seconds to avoid a loss to VCU on Sunday afternoon.
Last week: NR