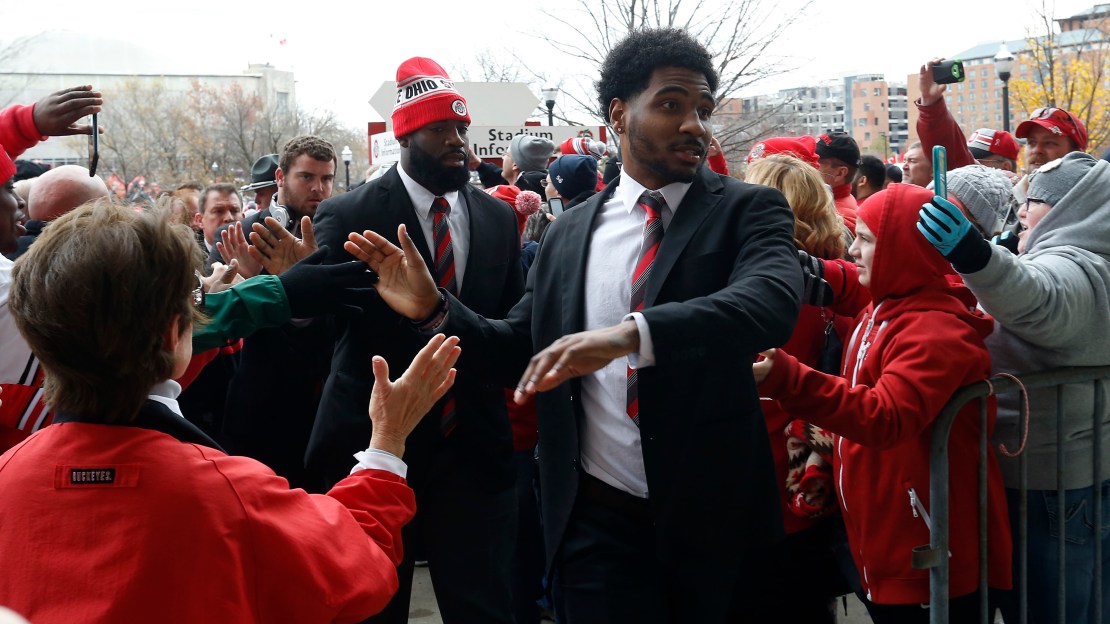 Braxton Miller is as decorated as any Big Ten football player in recent history.

The Ohio State quarterback-turned-receiver is a two-time Big Ten Offensive Player of the Year who rewrote the program's proud record books, before teammate J.T. Barrett erased several of his single-season records last season.

On Saturday afternoon, Miller and the rest of the Ohio State seniors were honored before the team's final home game vs. Big Ten East rival Michigan State.

To mark special occasion, Miller donned his old No. 5, the number he made a name for himself in during first three seasons in Columbus, Ohio, before he switched to No. 1 this year.

Watch Miller take the field for Ohio State's senior day festivities in the tweet above.