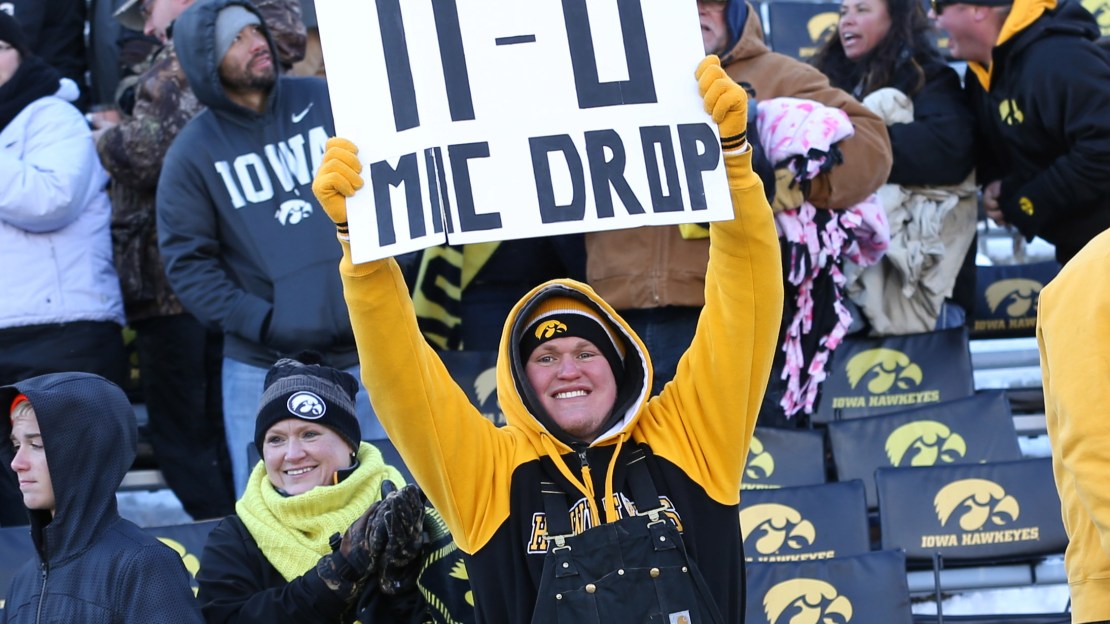 It doesn't matter, because the fifth-ranked Hawkeyes are headed to Indianapolis.

Iowa clinched the Big Ten West crown with its 40-20 victory over Purdue on Saturday, and it will face the Big Ten East champion in the Big Ten title game Saturday, Dec. 5 at Lucas Oil Stadium.

The Hawkeyes are off to their best start in program history and are eyeing a berth in the second annual College Football Playoff.

See some of the Iowa football family's Twitter reaction to improving to 11-0 and advancing to Indy below.

How about that victory today Hawk fans! pic.twitter.com/xiDZ63V0O8

Congrats to the Big Ten Champs of the West! Stay the course. Next stop Lincoln... #BigTen #Hawkeyes #Until

#B1G West Champions. Now let's go get our last rivalry trophy and put it back in the case... #GoHawks

Great day to be a Hawkeye!

It's so great to be a Hawkeye!! #OnIowa

11-0! B1G West Champs! Season isn't over yet though! On to next week! #Hawkeyes pic.twitter.com/FKjxZu9Eio