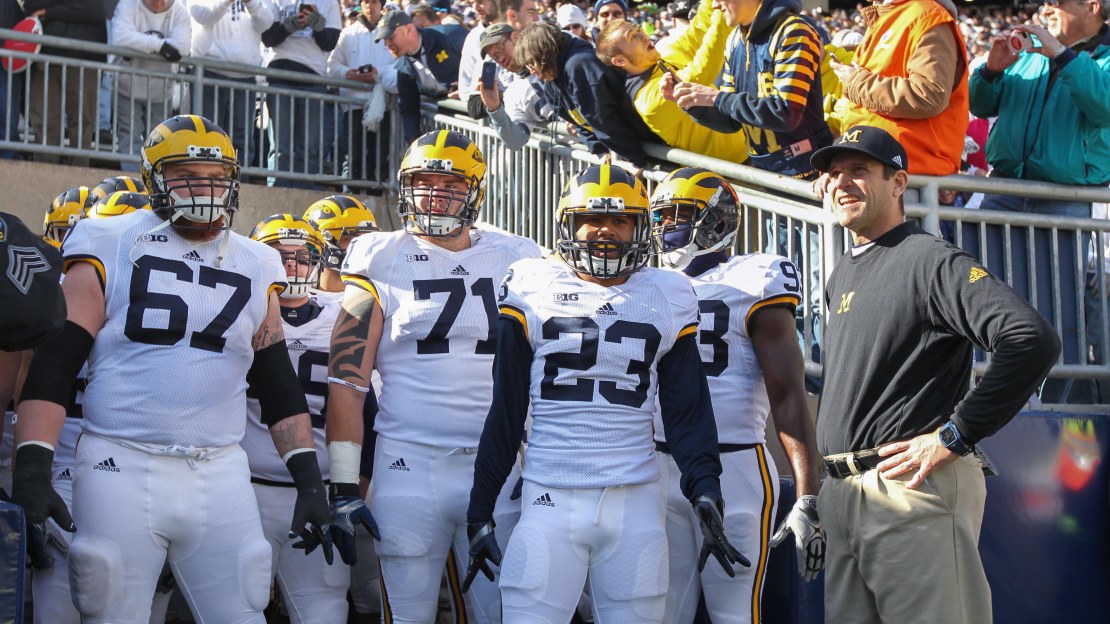 The former Michigan quarterback did not like a pass interference call in the third quarter on star Jabrill Peppers, so he ripped off his jacket and let the officials hear his displeasure.

Harbaugh, in his first season back in Ann Arbor, continues to live up to his reputation as one of the most intense coaches in the business.

Good news for Harbaugh and the Wolverines: No. 12 Michigan held off Penn State, 28-16, for the road win to remain in the Big Ten East title chase.

Watch Harbaugh state his case in the video above or the tweet below.

ICYMI: Fair to say @CoachJim4M did not like the pass interference call on Jabrill Peppers. https://t.co/jLOGXqF2we