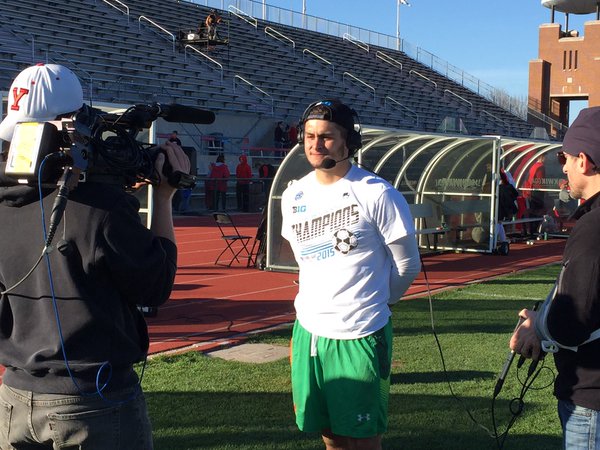 Indiana earned the No. 16 seed and a first-round bye in the NCAA Tournament, with a 12-4-3 record. The Hoosiers will host the winner of Thursday?s Boston-Connecticut game on Sunday. This marks Indiana?s 29th consecutive appearance in the tournament and 40th overall.

After winning its second consecutive Big Ten Tournament title, Maryland will make its 15th straight tournament appearance and 33rd overall. The Terrapins earned a first-round bye as the No. 10 seed, and will entertain the winner of the Rider-Virginia match on Sunday in College Park, Md.

Ohio State is set to make its 10th appearance in the NCAA Tournament after finishing the season with a 13-6-2 mark, and claiming the Big Ten Championship title. The Buckeyes earned a No. 9 seed and first-round bye, and will host the winner of the Dayton-Oakland match on Sunday.

Rutgers will make its 17th NCAA Tournament appearance, and first since 2011. The Scarlet Knights will open the first round against LIU Brooklyn on Thursday at home.

The first round of the NCAA Tournament will be played on Thursday, while second-round games are scheduled for Sunday. The third round is slated for Nov. 28 and Nov. 29, while the quarterfinals will take place Dec. 4 and Dec. 5. ESPNU will air the 2015 NCAA Men?s College Cup at Sporting Park in Kansas City, Kan., with semifinal games at 6 and 8:30 p.m. ET on Dec. 11 and the championship match slated for 2 p.m. on Dec. 13.