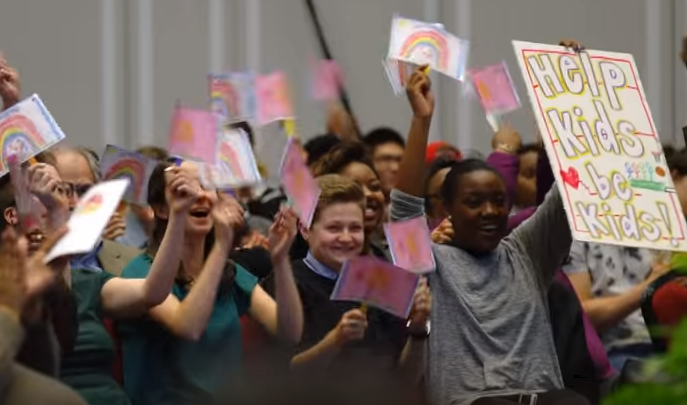 A person?s college years are typically thought of as a time of personal exploration and experimentation, and rightly so. But a corollary of that impression is that most people don?t expect college students to make a big impact on the world until well after graduation, when they?ve truly ?found themselves.?

At the University of Maryland, students have turned that notion on its head with the Do Good Challenge. An annual event, it?s part competition, part showcase, and it features several student-run organizations that aim to solve a real-world problem or perform some kind of social good.

?[The] students are already adults, but they are just figuring out what they can do in the world,? said Robert Orr, dean of Maryland?s School of Public Policy. ?By participating in a challenge like this, they are realizing they don?t have to wait. They?re not just students, they?re actors ? in this drama.?

Press Uncuffed, one of the winning organizations in the most recent Do Good Challenge, addresses a particularly stark problem: the imprisonment of journalists around the world by repressive regimes. The rewards and recognition the group received as a result of its participation will go a long way toward helping it in its ultimate objective of freeing those journalists, said Kirsten Craft, Maryland student and communications director of Press Uncuffed.

?Right now we?re working with nine journalists,? Craft said. ?With the additional $5,000 we have the propensity to add more journalists, raising even more awareness.?

[btn-post-package]For Wallace Loh, president of the University of Maryland, the work being done for organizations like Press Uncuffed is important not just on its own merits, but also in how it?s helping redefine the purpose of the university in the 21st century.

Watch the one-minute video above to learn more about Maryland?s Do Good Challenge.