What did Tom Dienhart learn about Big Ten in Week 11? Find out here! 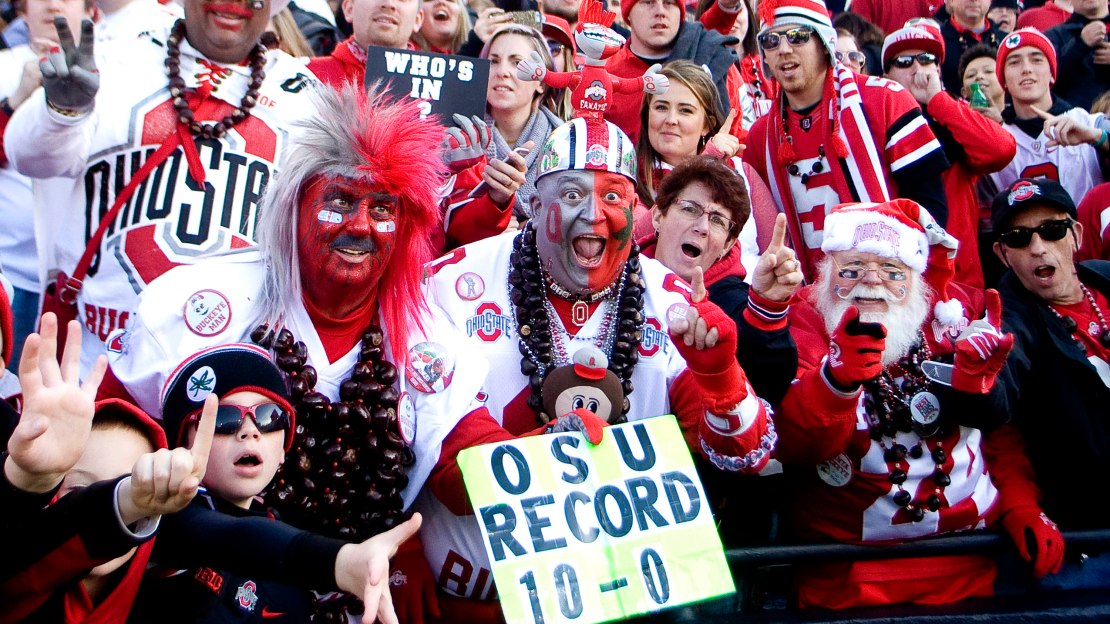 We got to see the best Big Ten game of 2015, as Michigan took a double-overtime win at Indiana. And Ohio State and Iowa are still perfect. Will they meet in the Big Ten title game as unbeatens? Here is what I learned in Week 11.

1. It hasn?t always been pretty. It hasn?t always been impressive. But Ohio State made it to 10-0, dispatching a modest collection of teams along the way. Regardless if they have been wowing you are not, it all sets up perfectly for the Buckeyes the next two weeks with a game at home vs. Michigan State followed by a season-ending trip to Michigan which could be a de facto Big Ten East championship games with playoff implications. How perfect is that? This would be a gift from the football gods. The last Ohio State-Michigan game with this much juiciness was the No. 1 vs. No. 2 clash in 2006.

2. Watching J.T. Barrett operate vs. Illinois, it?s easy to see how his ability to run the ball makes him so effective and a better fit for Urban Meyer?s offense. Yes, his arm may not be as big as Cardale Jones?, but Barrett can sling it. And his feet make him a better all-around signal-caller and weapon than Jones. It all makes me wonder more and more: Why again wasn?t Barrett the starter from Game No. 1? Oh, well, I guess it really doesn?t matter. Barrett is No. 1 now. And OSU is still unbeaten.

3. Michigan State should be worried as it preps to play at Ohio State. The Spartans have been unable to produce much rhythm this season, as injuries have taken a toll on the offensive line and in the secondary. Quarterback Connor Cook even got dinged up on Saturday, sustaining a shoulder injury vs. Maryland that caused him to miss the second half. He reportedly was held out for precautionary reasons. Cook needs to be good to go if MSU wants any shot to win in Columbus and stay in the East title chase.

4. Northwestern is gaining momentum as the season comes to close. That?s what good, well-coached teams are supposed to do-improve along the way. The Wildcats jumped out to a 5-0 start this season ? and then lost two in a row in gruesome style, falling 38-0 at Michigan and 40-10 vs. Iowa. A refrain of ?Here we go again? began among doubters who knew NU went 5-7 each of the last two seasons. But the Wildcats are primed for a good bowl with an 8-2 mark and games left at Wisconsin and vs. Illinois. Ten wins are possible.

5. Good to see Nebraska keep some mojo going with a second victory in a row, thumping Rutgers 31-14 a week after a heart-stopping triumph vs. Michigan State. It was the first time the Huskers won back-to-back games all season. The Cornhuskers are 5-6 with bye this coming week. Then comes a season-ending game at Iowa with a chance to go 6-6 and perhaps end an unbeaten season by the Hawkeyes. That would be a nice way for Nebraska to close what has been a tumultuous season.

6. Have to feel badly for Indiana, losing a soul-crushing double-overtime game at home to Michigan. That?s six losses in a row for the Hoosiers, who must win their last two games (at Maryland; at Purdue) to earn bowl eligibility (but there is a shot IU could earn a bowl bid with a 5-7 mark).

7. Speaking of Indiana, you have to be impressed with RB Jordan Howard, who blitzed Michigan for 238 yards rushing and two touchdowns on 35 carries. It?s just too bad he missed two games this season, at Penn State and vs. Rutgers. I have to think IU would not have blown that big lead to the Scarlet Knights and lost. Every time he has carried 20 times this season, Howard has rushed for over 100 yards. He has 1,199 yards rushing– second most in the Big Ten behind Ezekiel Elliott–despite missing those two games. Howard is special.

8. The story of Jake Rudock keeps getting better. Demoted shortly after Iowa?s bowl loss to Tennessee after last season, Rudock had a decision to make: Enter his senior year at Iowa as a backup or graduate and transfer with a shot to start somewhere. Rudock opted to bolt into the open arms of Jim Harbaugh, who needed a veteran signal-caller for his debut season in Ann Arbor. It has been a perfect match of unwanted quarterback and iconic coach. Rudock had his best game yet in a double overtime win at Indiana, hitting 33-of-46 passes for 440 yards with a school-record six touchdowns and a pick. He also led the Wolverines with 64 yards rushing.

9. Have you noticed how hot Minnesota QB Mitch Leidner is? He has thrown for 1,158 yards with five TD passes in his last four games vs. Nebraska, Michigan, Ohio State and Iowa. Alas, the Gophers have lost all four games. Still, it?s nice to see the Minnesota passing game come to life. Too bad the rushing game has been spotty, as the line has dealt with injury issues.

10. While we focus on Ohio State, Michigan State and Michigan in the Big Ten East, don?t sleep on Penn State, which was off last week. The Nittany Lions are still in the division title chase. In fact, no Big Ten team has two bigger games left than Penn State: Michigan; at Michigan State. This is gonna be fun.