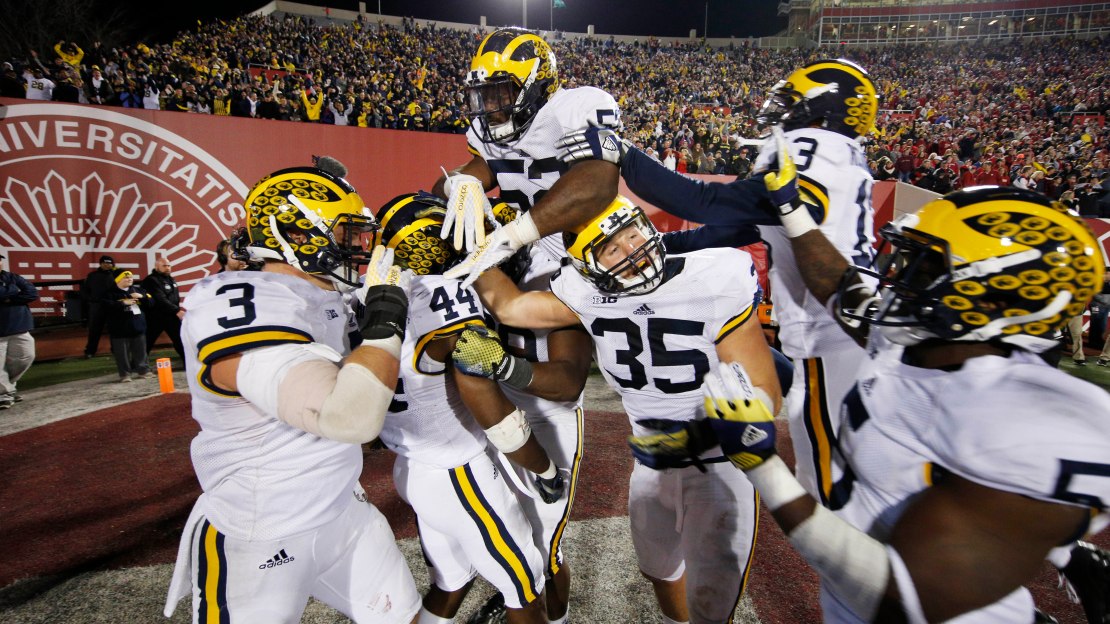 Holding steady with no real changes in this week?s power poll, presented by ArcelorMittal. Ohio State and Iowa remain on course for a showdown in the Big Ten title game. But look at next week's schedule and tell me these rankings could look very different.

1. Ohio State. Now, the real season begins with Michigan State and Michigan up next to close the regular season. This is how it was supposed to be.
Last week: 1
Up next: Vs. Michigan State

3. Michigan. This team just doesn?t flinch, plays to its strengths and doesn?t best itself. The common thread through all of that: good coaching.
Last week: 3
Up next: At Penn State

4. Michigan State. No one wins uglier than the Spartans. And, it?s a beautiful thing. Up next: at Ohio State. Any gimmick plays up Mark Dantonio?s sleeve?
Last week: 4
Up next: At Ohio State

5. Northwestern. That?s three wins in a row for the throwback Wildcats, whose formula of strong defense and physical running is working.
Last week: 5
Up next: At Wisconsin

6. Wisconsin. The Badgers were off on Saturday as they continue to have a flicker of hope to win the West.
Last week: 6
Up next: Vs. Northwestern

7. Penn State. The Nittany Lions-off on Saturday–are still in the East race with two huge game left: Michigan and at Michigan State. This could be interesting.
Last week: 7
Up next: Vs. Michigan

8. Nebraska. The Cornhuskers will enter a bye on a two-game winning streak. The last game of the season is Nov. 27 in Lincoln. Are you thinking what I?m thinking? You know, that NU could knock off unbeaten Iowa?
Last week: 9
Up next: Bye this week; Vs. Iowa on Nov. 27

9. Illinois. The electricity of that rousing win at Purdue was doused by a rolling Ohio State. The offensive struggles continue.
Last week: 8
Up next: At Minnesota

10. Minnesota. That is four losses in a row and five in six games for the Golden Gophers, who look to get on track vs. Illinois next week.
Last week: 10
Up next: Vs. Illinois

11. Indiana. That's six losses in a row for the Hoosiers, who, once again, came oh-so-close to notching one of the biggest wins the school has seen in 50 years.
Last week: 12
Up next: At Maryland

12. Rutgers. The difficult times continue in Piscataway, as RU has now suffered four losses in a row and five in six games. The defense is really struggling.
Last week: 11
Up next: At Army

13. Maryland. That?s a national-leading 35 turnovers for the Terrapins, who have lost six in a row. Maryland needs to hit the reset button.
Last week: 13
Up next: Vs. Indiana