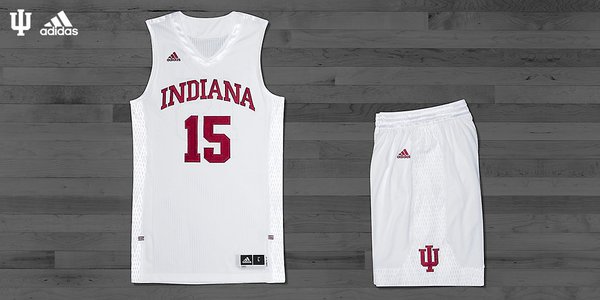 ?Iced Out? uniforms for our first two games at the @MauiInv.

Indiana is set to kickoff the 2015-16 college basketball season with a matchup against Eastern Illinois tonight at 7 p.m. ET on BTN Plus.

[ MORE: Watch tonight's Eastern Illinois vs. Indiana on BTN Plus ]

Expect the Hoosiers to be sporting their traditional cream and crimson colors in tonight's opener, but that won't be the case in next week's Maui Invitational.

For the first two games of the tournament, Indiana will be wearing its new ?Iced Out? uniforms by Adidas.

According to Adidas, the uniforms feature a reflective finish that is highlighted when a camera hits the jerseys.

Check out the new uniforms at the top of this post.

What do you think, Hoosier fans?