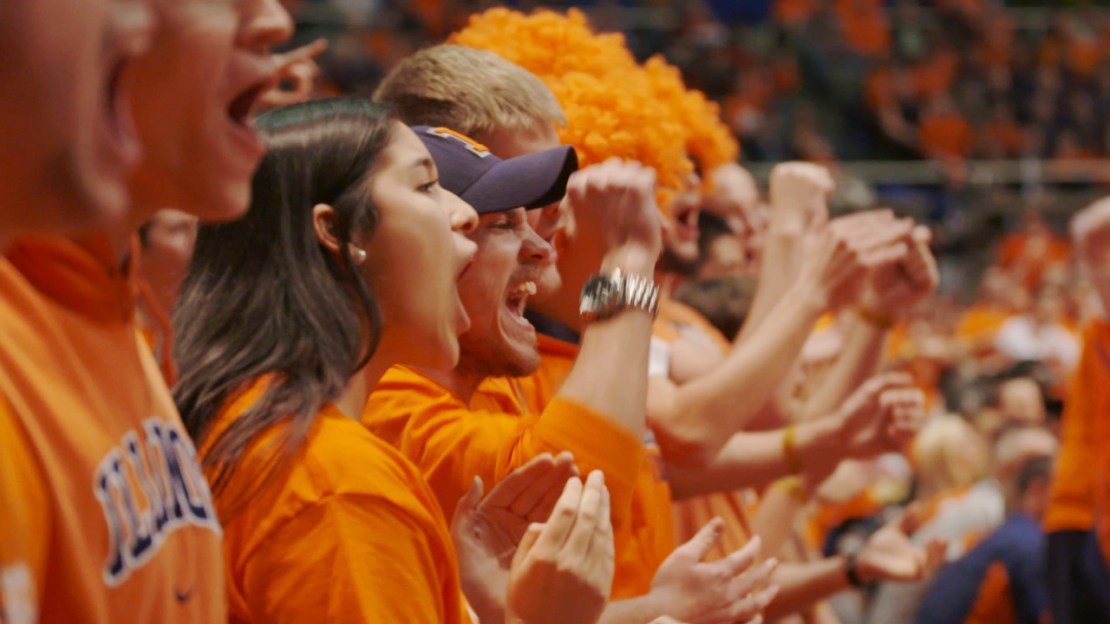 While the University of Illinois' basketball team is getting up a few last-minute practice jumpers and running layup lines, there's another group of Illini who are also preparing for the spotlight. Orange Krush, the school's student cheering section, has a pregame routine that's just as important to them.

"We let the kids in to the Great West Hall, they can get warm, get some food, play games and hang out with other Illini fans," said Jack Rich, Orange Krush's president, "And then soon after that, we head over ? and get set up around the court and get ready to make State Farm Center rock for the night."

Orange Krush began during the 1975-76 season, when it was known instead as the Orange Crunch. It quickly became a staple of the school's basketball experience. But while it's easiest to spot them courtside - and clad in the school's unmistakable orange - the organization's members are also making an impact in the Urbana-Champaign community long after the buzzer sounds.

For nearly two decades now, the group has run the Orange Krush Foundation. It donates money to charitable organizations in the area, using money that comes out of the membership fee. Students in Orange Krush also have the opportunity to fundraise their dues, making involvement an incredibly easy way to rack up charitable donations. According to Rich, the money has been used to assist local after-school programs and children's homes, rebuild churches and support other causes.

[btn-post-package]"I think the fact that we give our membership funds to the community, it just adds a whole other element ? to the great Orange Krush experience, and makes us, I think, just so much better than any other student section in the country," Rich explained.

Though Rich would probably admit to being a little biased in that respect, it's hard to argue against the organization being one of the best in class. Their passion and dedication for the basketball team, the university and the local community are why students flock to the Orange Krush season after season.