Ohio State remains No. 3, Iowa moves to No. 5 in CFP rankings 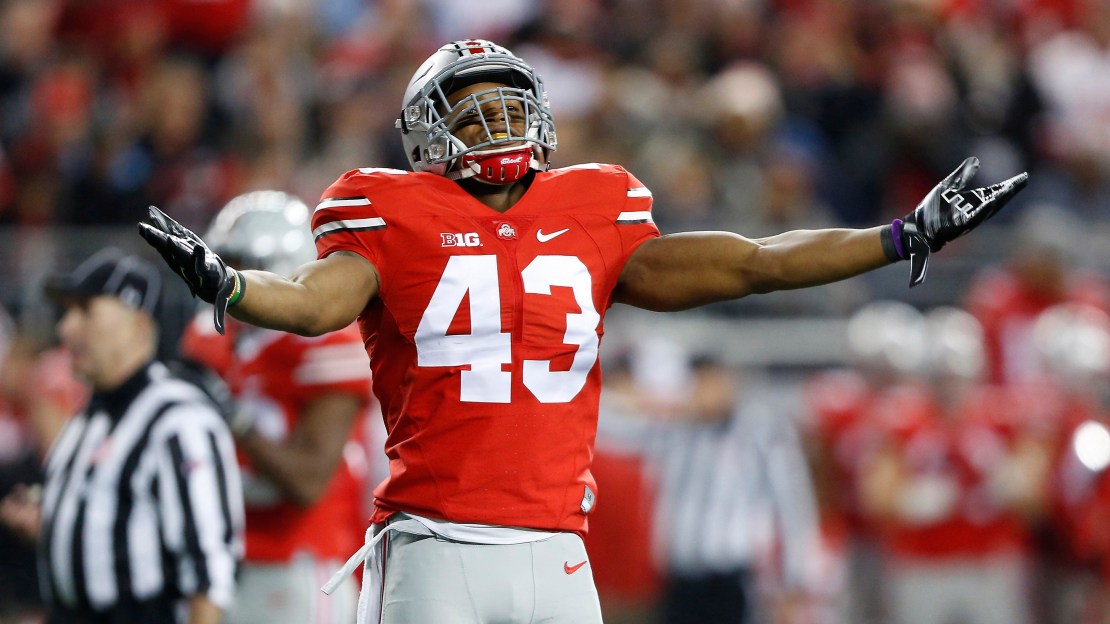 The College Football Playoff committee released its second ranking Tuesday night, and the biggest story is Iowa's move up to No. 5 in the new poll.

In addition to Ohio State and Iowa, four other Big Ten teams made the second College Football Playoff rankings: Michigan State (No. 13), Michigan (No. 14), Northwestern (No. 18) and Wisconsin (No. 25).

The top four teams in the final poll, released Dec. 6, 2015, will make the second annual College Football Playoff, which consists of semifinal games at the Orange Bowl and Cotton Bowl on New Year's Eve and the national title game Jan. 11, 2016, in Glendale, Arizona.

See the full poll below: