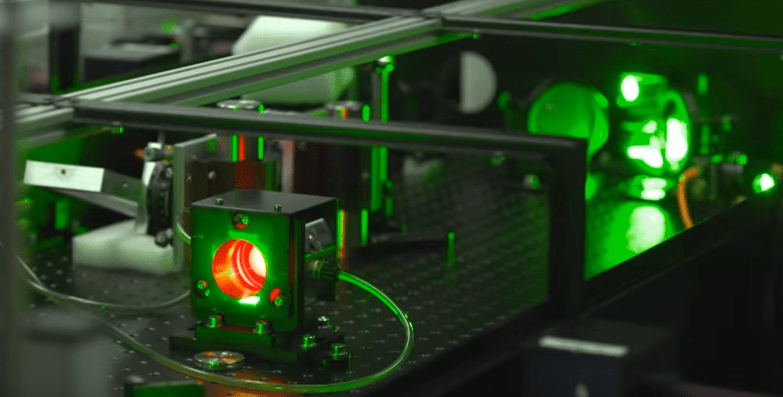 A star you can fit in your pocket is the sort of idea that only exists in children?s poems or love songs. But at the University of Nebraska, this fanciful metaphor has become something of a reality.

Nebraska?s Extreme Light Laboratory built a powerful (yet very small) laser that can operate on a scale that?s difficult for ordinary people to fathom.

When the laser light is really focused, it produces ?conditions that have never been produced on Earth, like you find only in astrophysical bodies like ? the interior of stars,? explained Donald Umstadter, Olson Professor of Physics and Astronomy at Nebraska and director of the Extreme Light Laboratory.

?We?re creating things that are the intensity of the sun in a millimeter size range,? added Colton Fruhling, graduate student and research assistant. ?We essentially create a tiny star.?

It?s amazing, sure, but the interior of a star is still a fairly abstract concept for most of us. Is there a more Earth-bound, practical way to understand the energy produced by this laser, professor?

[btn-post-package]?You can think about it this way: The typical light bulb has about 100 watts of power,? Umstadter said. ?Our laser has 10 to the 15 [power] watts. So, that?s a 1 with 15 zeros after it - about 10 trillion times more powerful than a light bulb.?

Thomas Edison, eat your heart out!

Watch the one-minute video above to learn more about the applications of Nebraska?s super laser.